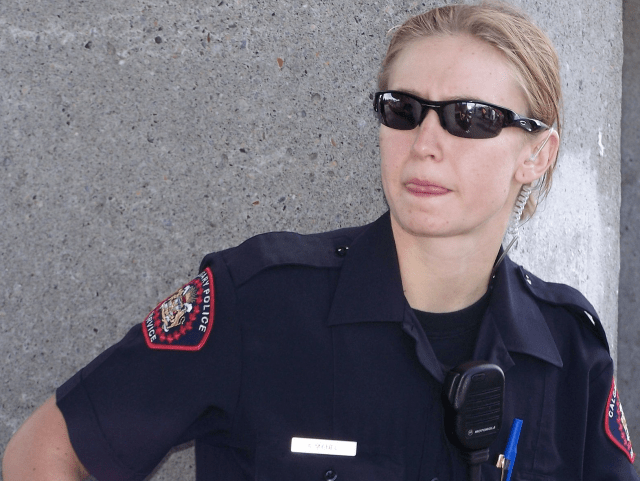 Besides working for the California Highway Patrol, the reason Ponch and Jon rode motorcycles was because they looked cool. Shiny black boots, aviator sunglasses and tight pants.

It was a burning desire of many young officers to achieve the coveted position of motor officer, but after two critical traffic collisions, our caring Chief could not stand to see any more of his officers injured, so he canceled the motorcycle program. Anyone assigned to the traffic division would be doing it in a patrol car.

No One Else Applied

That was how I, a two-year, enthusiastic young officer with an overabundance of adrenaline got the traffic position, i.e., no one else applied. It was a blast. For over two years, I worked the DUI watch from Wednesday through Saturday and could wander the city. I was not trapped with beat responsibilities, and when something exciting happened, I got to show up and was able to avoid the report due to my assignment. My nightly responsibilities were to write traffic tickets, take a few collision reports and find a drunk driver.

When I received the call of a motorcycle down, it was a busy, balmy, Friday night. The motorcycle had struck a curb, causing the driver to face plant into the cement.

The cause of the accident was because the driver was so drunk, he started to vomit and lost control of his bike. As he stood on the curb and looked at me dazedly with blood running down his face and vomit down his shirt, I looked back at him and the nice Harley smashed in the road and immediately had the urge to giggle.

The absurdity of the situation was starting to tickle me, but trying to maintain an air of professional confidence, I put on my poker face. Officer Peregrin arrived to assist with the field sobriety tests as Corporal Sugar began to set up flares to divert the heavy traffic.

Trying to walk heel-to-toe, the driver lurched across the sidewalk. Officer Peregrin and I grabbed his arms so he wouldn’t take another header into the pavement. As we sat him down on the curb, there was the immediate sound of a loud, explosive, booming fart. Sheepishly, the drunk looked up at me with a grin on his face and said, “’Scuse me, darlin.”

And there we were, lit by flare smoke and flashing lights, with the traffic slowly rolling by, and the look-e-loos straining to see all the gory details.  Some poor man was sitting on the curb with blood on his face, obviously injured with his motorcycle in pieces, and three police officers were doubled over laughing hysterically.

What a bunch of insensitive clods. The rest of the night, all one of us had to say was, “‘Scuse me, darling,” and it would set us all off again.

What Is Wrong With You?

Later, as I was trying to tell the story to some casual, non-police friends, I began laughing so hard, I could barely finish the tale. They didn’t laugh. I could see on their faces they were thinking, What is wrong with you? A police officer quickly learns there are some things you don’t share except with other officers who have been there.

Dark humor is a comic style that makes light of subject matter that is generally considered taboo, particularly subjects that are normally considered serious or painful to discuss.

As first responders, we are frequently exposed to those serious or painful situations. I know God loves all his children equally, but I believe he has a special love for his first responders, his firefighters, soldiers, paramedics, emergency room nurses, bomb techs, and all those responding to serious and painful situations. He gives us the gift of dark humor as a defense mechanism to protect us and to help us find the absurdity when we feel like crying. It is how we get through the job. He is watching over us, and he is watching me.