'These dogs are faithful public servants, and countless lives have been saved and preserved due to their efforts,' says Councilman Chris Cate 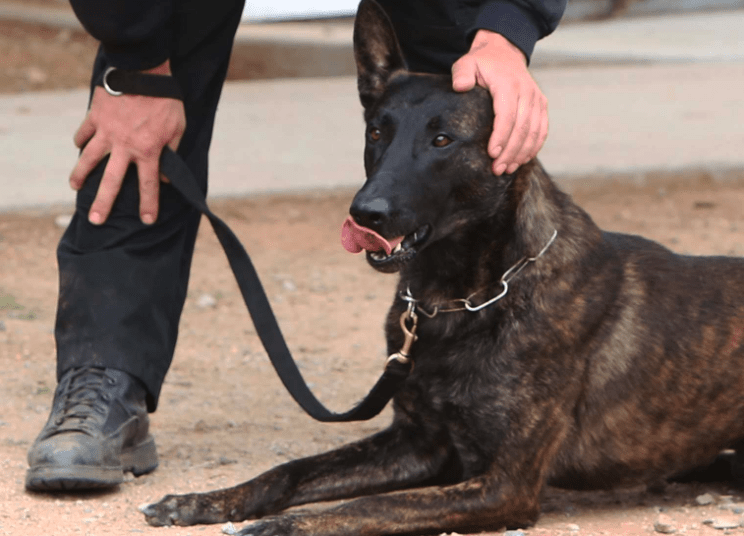 Cate has asked Mayor Todd Gloria to analyze how much it would cost the city to cover lifetime veterinary care and other benefits for police K9s, who are typically removed from service after about seven years of active duty in the field, The San Diego Union Tribune reported.

“These dogs are faithful public servants, and countless lives have been saved and preserved due to their efforts,” Cate said. “The police dog is an athlete. Like all athletes, over time, the activities take a toll on the body.”

Families who adopt the dogs after they retire — usually a K9 handler — take on the medical costs, which can get expensive, particularly if the PSD suffered serious injuries during its career.

“This is usually much more than your average pet,” he said, explaining that K9s often need pain pills and other attention after years of exerting themselves fighting crime. “Dental care alone can be thousands of dollars.”

The PSDs, which are highly trained before getting activated for service, are typically Belgian Malinois, German Shepherds, Dutch Shepherds, and Labradors. San Diego currently deploys 36 K9s, down from as many as 52 a decade ago, according to the Tribune.

The nonprofit San Diego Police Canine Association tries to help defer costs incurred by those who adopt retired PSDs. The proposal would potentially shift those expenses to the city, according to Cate, whose father retired from the California Highway Patrol.