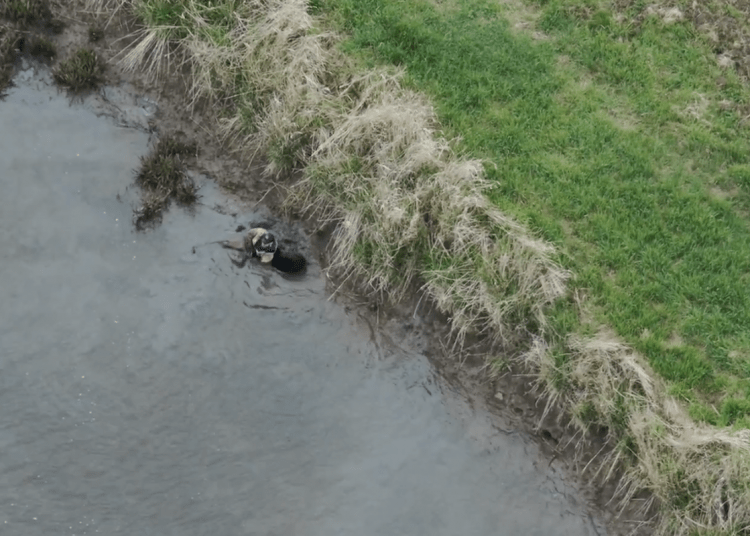 MEDINA, Ohio — A police service dog (PSD) in Ohio survived after a suspect is filmed trying to drown the animal. A drone camera captured the altercation between the fleeing suspect and the law enforcement K9 in April.

Medina County deputies say Shane McCloud was seen via drone video running in the Chippewa Creek. The sheriff’s K9 Blek was deployed to capture him.

“Basically trying to harm the K9 or even kill the K9,” Capt. Kevin Ross of the Medina County Sheriff’s Office said.

After Blek is released, he seems disoriented and starts walking toward the bank.

The video outraged deputies who consider the incident an attack on an officer.

“We definitely think he is a part of the department, which he is, and he’s just like any other officer,” Capt. Ross said.

The chase of the suspect on the morning of April 16, after a 911 call reported a burglary at a trailer home in Guilford Township.

The sheriff’s department responded and activated a donated drone with two cameras — including an infrared camera.

“He wasn’t taking his hands out of his pockets, wasn’t showing his hands. We weren’t sure if he had a gun,” Capt. Ross said.

The chase, which ended up lasting about an hour, continued into the creek. That’s where officers sent Blek after him, according to WPTA.

After the PSD was forced underwater, deputies came to his rescue, although they did not appear in the drone video footage (below).

“By that time, we had officers jumping in once the dog went under. We had three or four officers that had jumped in the creek to save the dog,” Capt. Ross said.

McCloud was arrested on multiple charges, including burglary, fleeing and eluding, and assault.

K9 Blek was medically evaluated by the vet, and the doctor said to watch out for possible water in his lungs.

Besides a limp and some soreness, Blek is said to be doing better.