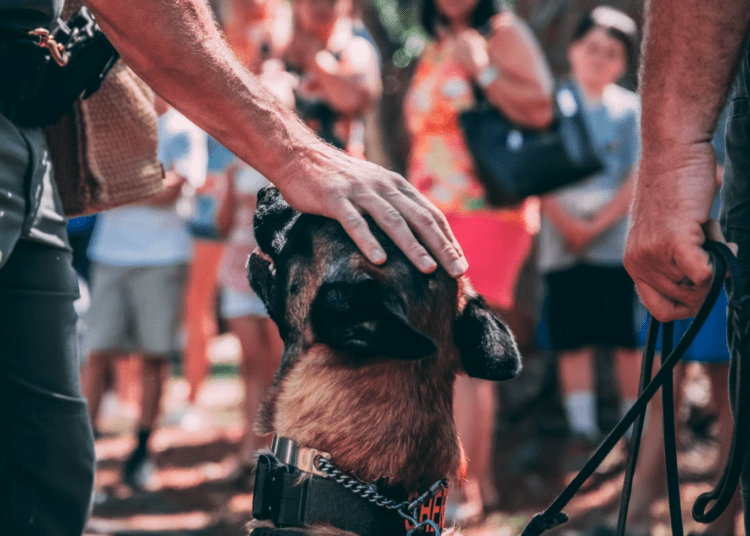 DAYTON, Ohio – A police K9 in Ohio took down a man who was reportedly firing a gun indiscriminately into the air Wednesday afternoon.

Officers of the Dayton Police Department responded around 1 p.m. to the 100 block of Marathon Avenue regarding a call of shots fired, Dayton Daily News reported.

Upon arrival, police discovered a suspect who was possibly in the process of firing a weapon, said Sgt. Creigee Coleman of the Dayton Police Department.

“There was no gunfire returned by the officers. This situation ended with the person being apprehended with the use of a K9,” Coleman confirmed.

After the man was taken into custody, he was afforded medical treatment as a result of a dog bite to his leg, the sergeant said.

Authorities recovered two firearms and shell casings from the scene, according to the news outlet.

“This person was just indiscriminately firing a weapon in the air, and supposedly while walking the street, according to witnesses,” Coleman said.

No injuries were reported as a result of the gunfire.

The suspect’s name was not released as charges are pending.