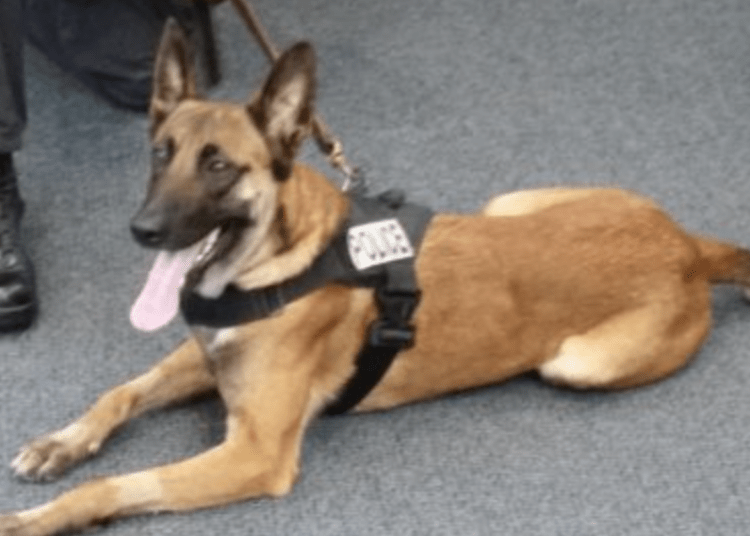 The legislation is called “Nero’s” bill and was named for the K9 partner of slain Yarmouth Police Sgt. Sean Gannon, and with good reason, AP News reported.

Gannon was shot and killed in 2018 while serving an arrest warrant. His partner, K9 Nero was also wounded in the attack, but due to current state law, EMTs were prohibited from treating or transporting him.

As a result, they did what cops have always done with their wounded K9 partners. Nero was rushed to the animal hospital in the back of a police cruiser. We are happy to report that he survived the shooting.

Gannon’s tribute at the Officer Down Memorial Page reads as follows:

Sergeant Sean Gannon was shot and killed while assisting with a warrant service at 109 Blueberry Lane, in Barnstable.

Sgt. Gannon and his canine partner, Nero, were searching the home and located the wanted man in a closet. The man opened fire, fatally wounding Sgt. Gannon and wounding Nero. The man then barricaded himself inside the house for two hours before being taken into custody.

The 29-year-old subject was charged with Sgt. Gannon’s murder. His record showed he had 111 prior offenses and was on probation. In August 2021 the man was convicted of second-degree murder, assault and battery with a dangerous weapon, possession of a firearm without a license, and interfering with a police canine.

Sgt. Gannon was posthumously promoted to the rank of sergeant with the Yarmouth Police Department a week after his death.

“K-9 officers protect the men and women in law enforcement as well as the community at large,” said Sen. Mark Montigny, lead sponsor of the bill. “These animals endure extreme danger from gun violence, narcotics, and even explosive materials. Allowing our emergency personnel to provide basic treatment and transport is a commonsense measure that honors their contributions across the commonwealth.”

The manner in which the proposed law is drafted, emergency personnel will be authorized to treat injured police service dogs and bring them to veterinary facilities, as long as there are no injured people still requiring a hospital transport, according to the AP.

The bill is headed for the Massachusetts House for consideration. However, it doesn’t appear to face much opposition after full approval from the Senate.