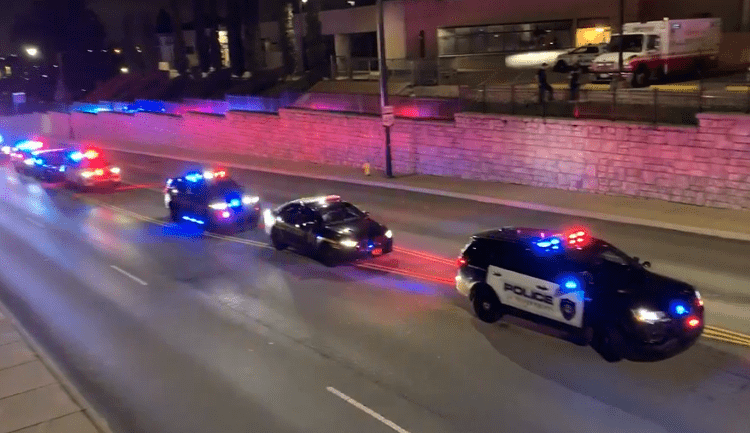 DAYTON, Ohio — A Dayton police officer suffered a wound to the side of his head Tuesday evening after being struck by gunfire. The officer was able to return fire, striking the suspect multiple times.

The identity of the officer was undisclosed, but he is reportedly in stable condition at a local hospital, said Matt Carper, interim director and chief of the Dayton Police Department during a Tuesday night press conference, Dayton Daily News reported.

The unnamed shooting suspect is in critical condition at Miami Valley Hospital.

#Investigation We are currently investigating an officer involved shooting in the area of Ingram St.
One officer and one suspect were injured.
We will release additional information when it becomes available.

The encounter began when the Dollar General store on Gettysburg Avenue called police regarding a fraud complaint. An officer was dispatched about 6:45 p.m.

As part of the officer’s follow-up investigation, he then arrived on Ingram Street at 7:24 p.m. to look for the suspect, Carper said.

The officer contacted a 39-year-old man believed to be the suspect in the rear of the 600 block of Ingram Street. He ordered the suspect to stop, but the suspect immediately struck the officer, according to Carper.

After sustaining a head wound, the officer was transported by another officer in a police unit to the hospital. His injury is described as not life-threatening, according to the Daily News.

The suspect was taken by ambulance to the hospital in critical condition.

#UPDATE #Investigation The officer injured tonight on Ingram St. is in stable condition. The suspect is in critical condition.
We will release additional information later this evening.

“What started out as a fraud call quickly turned into a senseless, violent attack on a police officer,” the interim chief said.

According to Carper, the Dayton Police Department’s Violent Crimes Bureau is investigating the shooting, and the department’s Professional Standards Bureau will conduct an administrative investigation.