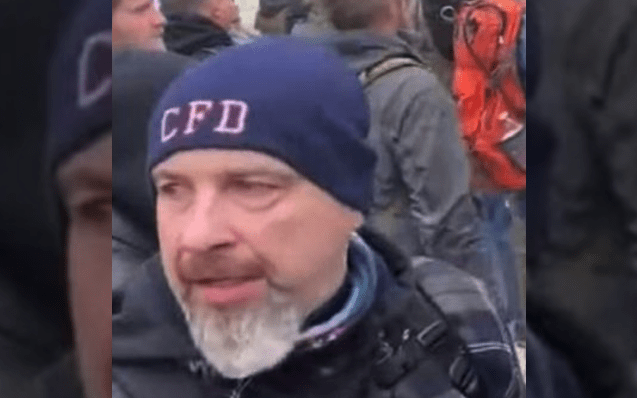 WASHINGTON — A retired firefighter is reportedly the man caught on camera throwing a fire extinguisher that hit at least three officers at the Capitol during a riot. As a result, he was arrested Thursday, according to officials.

Video footage of the incident shows the man hurling a fire extinguisher at officers attempting to control a mob outside of the west side of the Capitol.

One of the officers who was hit, William Young, was evaluated at a hospital and cleared to return to duty, the charging document said.

The FBI has been pursuing charges against dozens of suspects in the riots, many of whom were identified through photos and videos circulating on social media—some posted by participants themselves, Fox News reported.

Officials told the WSJ that the incident is separate from the ongoing homicide investigation by the Justice Department and multiple other agencies into the death of Capitol Police Officer Brian Sicknick.