Anna Kochakian was arrested by the Illinois State Police on Wednesday 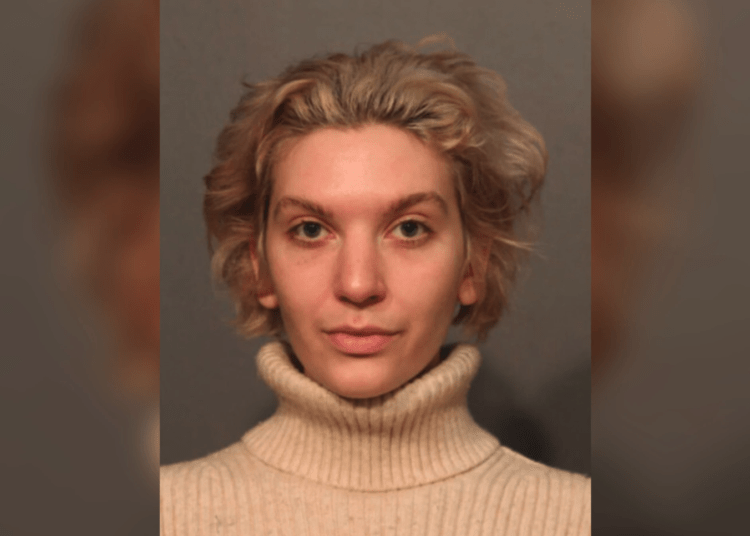 CHICAGO – Illinois State Police have arrested a woman who labeled herself an “anarcho communist political education nerd” for defacing a memorial dedicated to Chicago Police Officer Ella French – who was murdered in a shootout with suspects last year.

Anna Kochakian, 26, is accused of tearing down a photo of French placed at the memorial just days after her murder, crumpled it up and threw it in a trash can on a Chicago “L” platform, Law Officer reported last year.

Since the act of vandalism occurred within a state government building, the Illinois State Police had investigative jurisdiction.

This week ISP obtained a warrant for Kochakian’s arrest on a felony charge of defacement of a police memorial. She was taken into custody at her home around 10 a.m., state police said on Wednesday, according to the New York Post.

“The offender was arrested using the handcuffs of Officer Carlos Yanez Jr., her partner,” Chicago Police Superintendent David Brown tweeted. “This was a moment of justice for Ella, her family, the Chicago Police Department and all those who knew and loved Ella.”

Yanez, 40, survived two gunshot wounds to the head during the shootout that claimed French’s life. His injuries may leave him permanently disabled.

Following the criminal act last summer, Chicago Police Department released the following statement, according to CBS Chicago: “Officer Ella French will live forever in our hearts. She was kind, respectful, compassionate, brave, loyal, dedicated, selfless. The exact opposite of this senseless act of vandalism.”

Kochakian labeled herself as an “anarcho communist political education nerd” on Twitter, and wrote an article for the Midwest Socialist in December of 2020 about how to make the socialist movement last. The radical self-described communist graduated from DePaul University in 2017 with a degree in Women’s and Gender Studies.