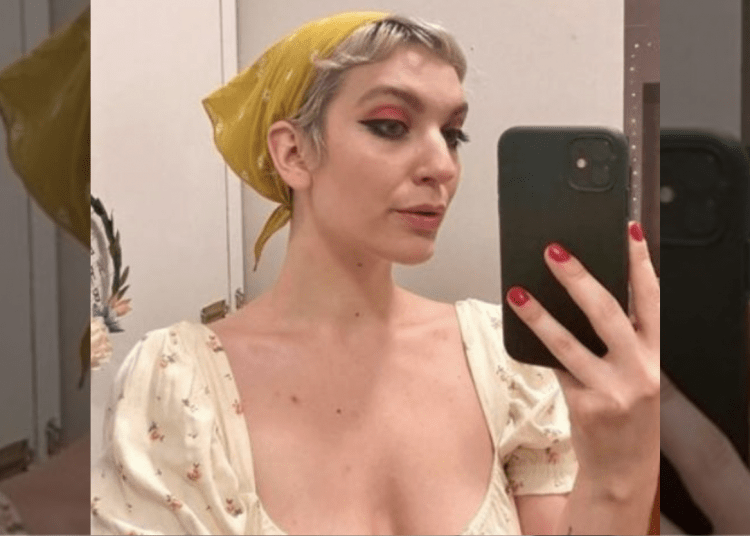 CHICAGO — A memorial dedicated to recently murdered Chicago Police Officer Ella French inside the city’s Thompson Center was vandalized, sparking outrage among many in law enforcement as well of police supporters on social media.

Videos were originally tweeted by Anna Kochakian who is the person accused of the vandalism.

According to the Post Millennial, footage of the criminal act appears to show Kochakian recording herself vandalizing the memorial. 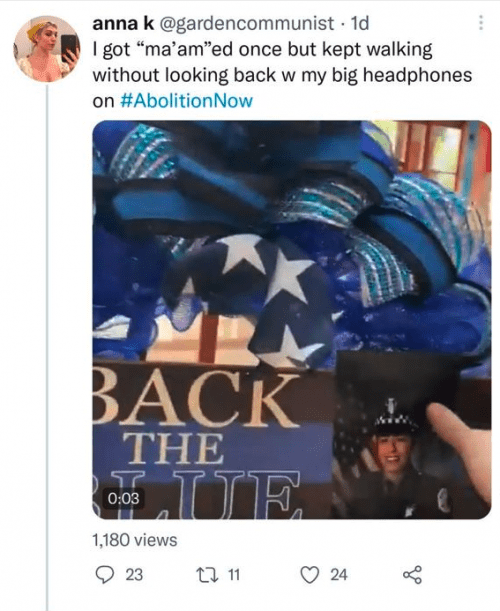 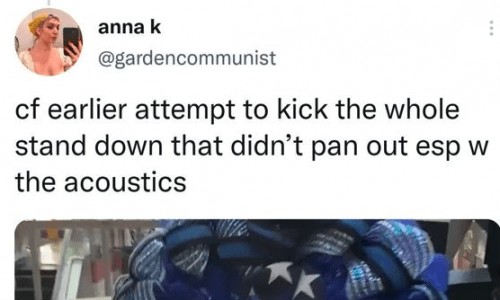 “I got ‘ma’am’ed once but kept walking without looking back w my big headphones on #AbolitionNow,” wrote Kochakian in the original tweet, which contained footage of French’s photo being removed from a Back the Blue wreath and then crumpled, PM reported.

“cf earlier attempt to kick the whole stand down that didn’t pan out esp w the acoustics,” Kochakian continued, with a video showing the first attempt to knock the memorial over.

After the videos were widely distributed across social media, the account was subsequently locked and the username reportedly changed numerous times. Currently, it is unclear whether Kochakian potentially deleted the account.

Anna Kochackian has locked her account and changed her username serval times. pic.twitter.com/Q9WZc2uJxG

Following the act of vandalism, Chicago Police Department released the following statement, according to CBS Chicago: “Officer Ella French will live forever in our hearts. She was kind, respectful, compassionate, brave, loyal, dedicated, selfless. The exact opposite of this senseless act of vandalism.”

Kochakian labeled herself as an “anarcho communist political education nerd” on Twitter, and wrote an article for the Midwest Socialist in December of last year about how to make the socialist movement last. The radical self-described communist graduated from DePaul University in 2017 with a degree in Women’s and Gender Studies.

Since the act of vandalism occurred within a state government building, the Illinois State Police are reportedly investigating the incident. A police source told CBS 2 in Chicago that a local woman was associated with the incident, which is considered a Class 4 Felony.

According to Kochakian’s LinkedIn account, which is currently unavailable for public view, she worked for Clockedin at the time—a Chicago startup focusing on hiring for businesses. A company statement doesn’t name Kochakian, but says they are “appalled” by the actions of a now former employee, Post Millennial reported. 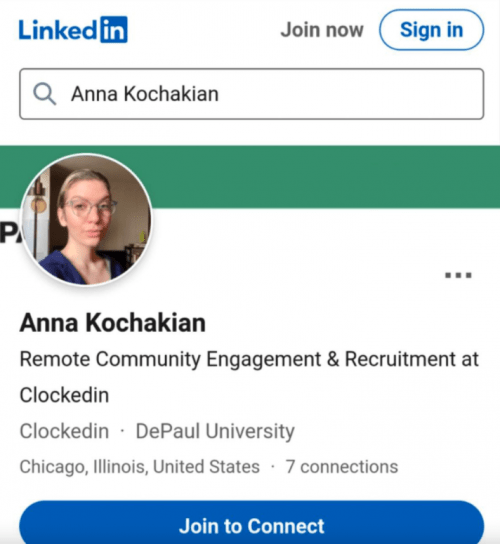 “The appalling actions of one of our former employees has been brought to our attention today. We are disgusted by what she has done and want to make clear to everyone that this person’s opinions in no way represent the perspectives or values of Clockedin,” the statement read. “We are committed to building a culture that is inclusive and respectful to all. Our sympathies go out to the families affected by this incident.” 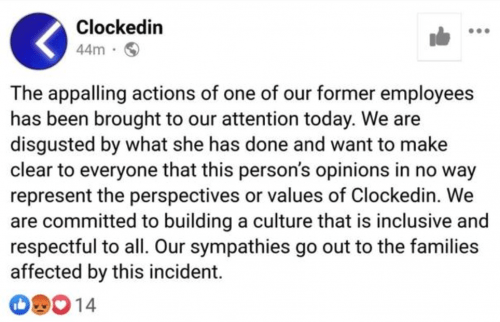