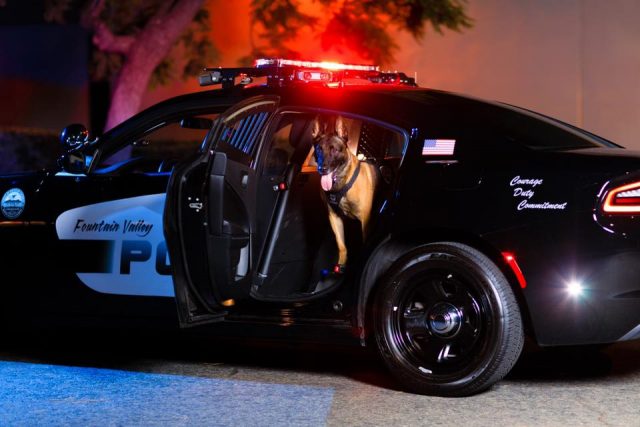 The Peculiar World of a Graveyard Cop

The Peculiar World of a Graveyard Cop

Working as a graveyard cop is one of the best experiences in law enforcement. Oh sure, there are two major downsides. For instance, your sleep and social life both suck! But I’m talking about experiencing the thrill of police work. You know, the action that drove you into the business in the first place.

The Graveyard Cop Is a Different Breed

Any police officer can tell you about the mountain of paperwork that comes with the profession. Moreover, the social service aspect gets tedious, and the community outreach programs are necessary, but never-ending on Day Watch.

However, during the graveyard shift, action happens and “Yard Dogs”—as we refer to them at my agency—want to be in the middle of it.

Police officers working Graveyard/Morning Watch/Mids/Watch 1, or whatever your agency calls it, enjoy rolling to hot calls without the interference of traffic. Getting from one end of town, or your beat, to the other is done with ease compared to working during the day.

After working years on “the yard,” (short for graveyard) cops become increasingly frustrated while driving in day-time traffic.

The Yard Dogs know there is a greater likelihood of finding a crook while answering an alarm call at 3:30 a.m. versus 3:30 p.m. After all, we got into the business to catch bad guys, not the other assignments.

Ironically, there are fewer cops assigned to graveyard, but when the crap hits the fan, we multiply. When a partner radios, “I’m in pursuit,” everyone drops what they’re doing to help. If it turns into a foot chase and a perimeter is required, it is a hundred times easier containing an area during the relative inactivity in the middle of the night than it is during the day.

When things slow down, there is time to bond with a cup of coffee behind 7-11, or your favorite place for a bold-blend. Regardless of the quality, you’ll drink the cup-of-joe because it’s graveyard.

And if things really slow down, you can “cherry pick” the “fishing hole” on the border in the adjacent jurisdiction. There is no need to explain what I mean to those in uniform.

Another beautiful thing about working graveyard is that “Salty Sarge” is usually there. This is the crusty dude that could care less about another promotion. As a matter of fact, he’s offering a Philly Cheesesteak meal  to the next officer that “bags” a burglary or robbery suspect.

Surprisingly, a defense attorney once obtained this information, and during cross-examination, asked if it was true.

“You better believe it,” came his snarky reply. “I’ll buy you a ‘Philly’ too if you find someone doing what your client did.”

Moreover, the most amazing pursuits occur at night. Please hold the politically correct criticism. I know innocent people get injured and killed during these events, and no one wearing a badge wants that to occur. But police officers are tasked with catching bad guys. Anyone who believes that a “no pursuit” policy will reign crooks in is naïve. Yes, we need to use good judgment, but the chases that occur when the sun goes down are worth the tour of duty.

Furthermore, when the bad guys run, a K9 handler is usually working “The Yard,” so our four-legged officers get in on the action . . . big time!

There are few pleasantries greater than hearing a police service dog (PSD) “capture” a felony suspect who’s been hiding within a perimeter for the past hour. As a result of activity on the shift, this occurs with greater frequency.

“Nothing good ever happens after midnight,” is something you’ve probably heard. I don’t know where the saying originated, but it had to be a graveyard cop. We intuitively know this to be true, due to the bad things we see during this time of night.

If police see a pedestrian or bicyclist in a non-populated area at 3:00 a.m., chances are very good the person is stoned, drunk, or both. Furthermore, the same person, even in this condition, is looking for an opportunity to “score.” By this I mean they are seeking a vice or personal property belonging to someone else that will facilitate obtaining their desired chemical of choice.

Believe me, the cyclist riding in circles in the middle of the night is not training for the X-Games. Moreover, this person is not someone you’d trust to babysit your children.

By the way, “dopers” internal alarm clock activates at midnight. So while opportunists prey on people who are sleeping, officers pray for the ability to find them engaged in crime they ought not be doing.

For a graveyard cop, it’s all in a days work—a period of time that occurs after midnight!