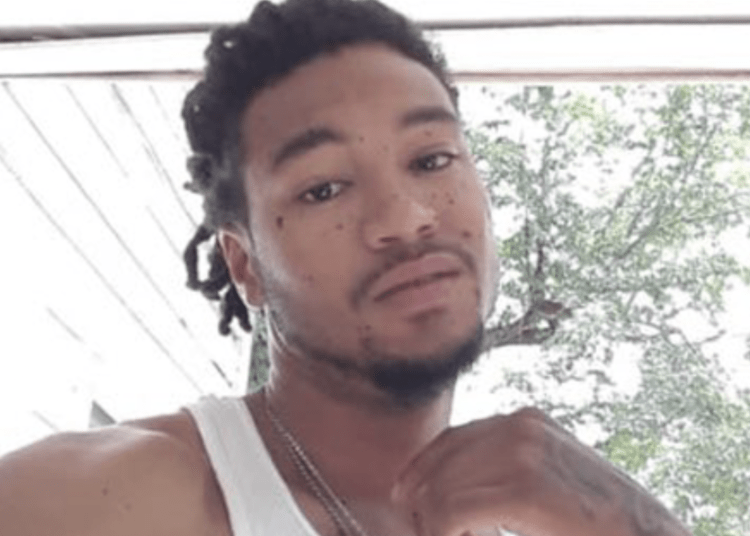 Oklahoma City – Police are searching for a suspect they said shot at an officer during a pursuit involving a stolen vehicle Monday in northwest Oklahoma City. KOCO reports that an officer tried to pull over a vehicle near Memorial Road and Walker Avenue, but the driver took off and initiated a pursuit. At some point, the driver got out of the vehicle and shot at the officer, according to police

Authorities said the officer returned fire, and the man ran off before being picked up by a Nissan Cube.

Police identified the man as Aaron Sayre, 29, and they said the vehicle he was driving was reported stolen. 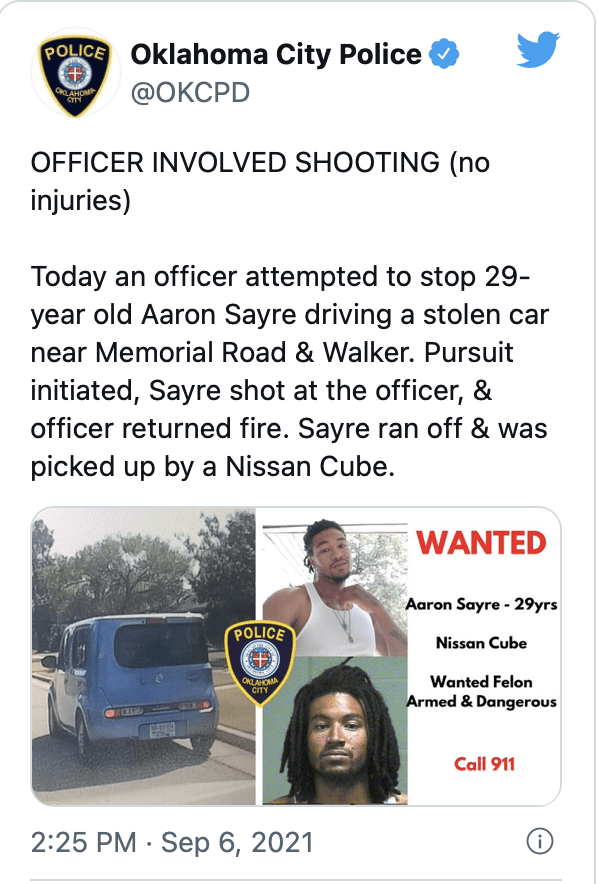 No injuries were reported.

Sayre is considered armed and dangerous. Anyone with information about his location is asked to call police at 405-235-7300.