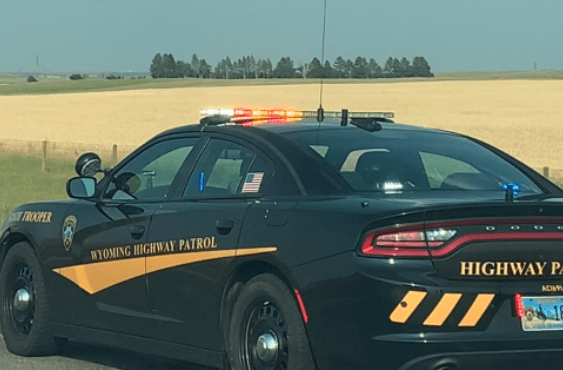 CASPER, Wyo. — Two people fleeing from police died in crash that occurred over the weekend, according to the Wyoming Highway Patrol.

Officials said the double fatality occurred at around 2:54 p.m. Saturday near Glendo along I-25/US Highway 26/US Highway 87.

The two individuals were traveling in a BMW and exceeded speeds of 130 mph while trying to evade law enforcement, Oil City News reported.

The vehicle continued to flee at high speeds, despite police deploying tire deflation devices, according to the WHP.

The vehicle began to leave the road to the left near mile marker 100. The driver overcorrected and crossed both lanes of travel before exiting the roadway to the right and then overturning, according to the WHP’s preliminary crash report.

Neither individual was wearing a seatbelt during the wreck, according to the WHP.

Speed and equipment failure are being investigated as possible contributing factors to the crash, the WHP added.

The identities of the deceased individuals were not released and it was unclear what prompted the chase.