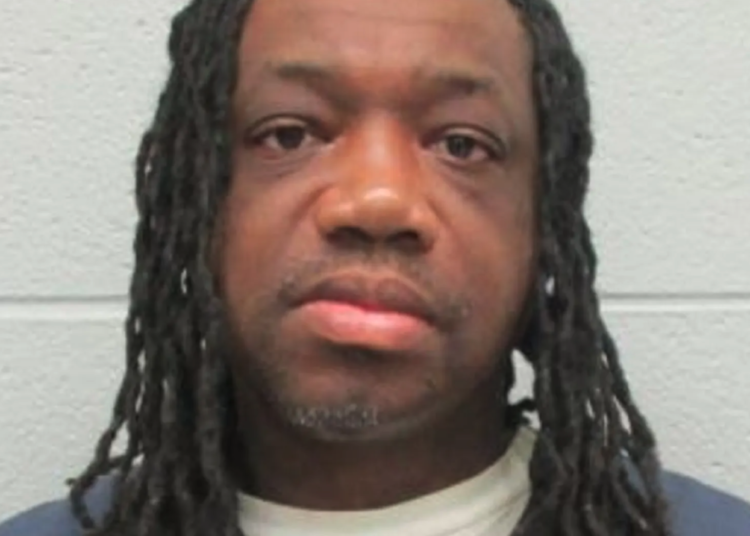 DETROIT – A man described as a serial sex offender in Detroit cut off his GPS monitor after being paroled six months ago. Once he removed the device, he is accused of kidnapping and sexually assaulting a woman while holding her at gunpoint. He is now back in custody, according to authorities.

Junell Mobley, 42, was released from prison in October. A condition of his parole was to wear a GPS tether. However, after release he cut it off, the Wayne County Sheriff’s Office told Fox News.

On Dec. 28, Mobley was allegedly involved in a violent crime against a female victim. Police said the suspect dragged the woman against her will at gunpoint and sexually violated her. Moreover, he reportedly robbed her afterward.

Investigators retraced the victim’s steps and released surveillance images of the suspect, which led them to Mobley.

Detroit police released an image of a sexual assault suspect in December who allegedly violated a woman at gunpoint. (Detroit Police Department )

The captain said putting the case together took help from the community, WJBK-TV reported.

“We received calls right away. We are very appreciative to the community,” Blackwell said. “It feels absolutely wonderful when you’re able to tell victims and able to give them some reassurance that they’re safe, it’s over, this person has been apprehended.”

No further details of the crime were immediately available.

Online records revealed that Mobley has several prior convictions, which includes aggravated indecent exposure in 2007, first-degree criminal sexual conduct on a child under 13 in 2002, as well as a conviction for and solicitation of a homicide, according to the state Department of Corrections, Fox reported.

He was booked at the Wayne County Jail and is being held on $1 million bond, according to inmate records.