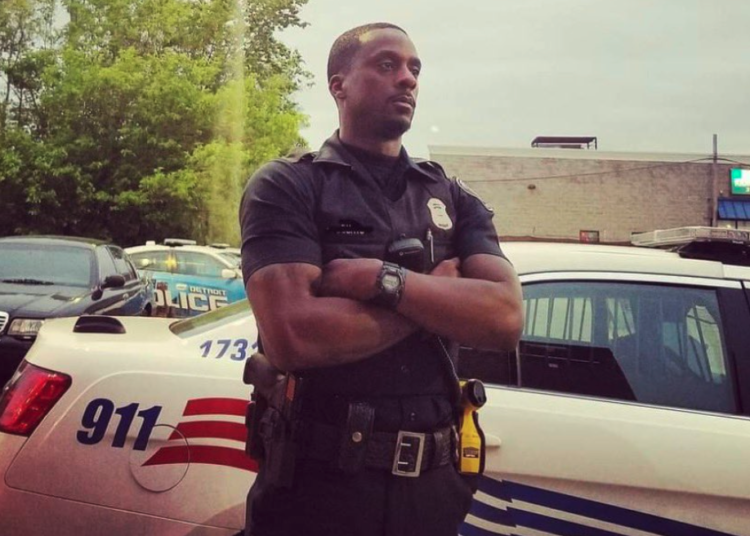 Officer Loren Courts, 40, died in an exchange of gunfire with a 19-year-old suspect who was “indiscriminately” firing shots Wednesday night, police said. The gunman also died during the gun battle on the city’s west side, WXYZ reported.

“Don’t call me mad,” White said. “I’m focused. This is unacceptable, and this should be the line. Whatever your tipping point is, this should be it.”

White said the police department and Detroit’s residents were “robbed.”

“Today is a somber day for the Detroit Police Department,” he said. “We were robbed … robbed of one of our heroes. The city was robbed of a great police officer, a great son and a great husband, and we should all be outraged.”

“We need help, it’s not just us — we need the courts, we need the lawmakers to step up, it’s getting a little bit old hearing about what everyone’s going to do,” the top cop said.

Chief White described the scene as responding officers arrived around 7:39 p.m. Wednesday after a report of shots fired in the area. He said he believes the suspect, identified as Ehmani Mack Davis blew out a window with a Draco pistol and fired on the police unit, killing Officer Courts, according to WXYZ.

Chief White commended Officer Hudgens for her courage and bravery. He described her administering emergency first aid to Officer Courts even as the gunman exited the building and approached them while still armed. Additional officers delivered the fatal rounds that stopped the killer.

“She made a choice that many people in the same circumstance would say they would make, but it’s the first time I’ve ever seen anyone do it,” said Chief White. The chief described Officer Courts as a great husband and father of two, and a son of a retired cop. He is the 231st Detroit police officer to be killed in the line of duty.