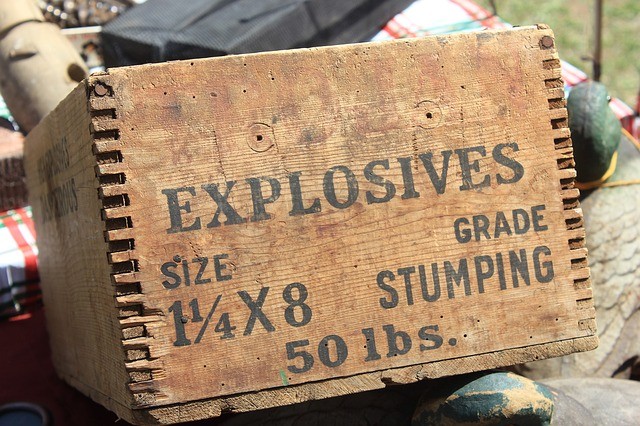 PORTLAND, Ore. — Neighbors in the small town of Scappoose were evacuated for a second time Sunday because of explosive devices found inside a nearby home.

Oregon State Police said their investigation began Friday when a trooper pulled over Richard Gundy-Hampton in the 33000 block of Sequoia Street in Scappoose. The trooper stopped Gundy-Hampton in front of his home because he was a person of interest in a domestic violence incident in Clackamas County, KOIN reported.

During the detention, troopers found evidence of methamphetamine and weapons in Gundy-Hampton’s possession, police said. Moreover, they also found that he had been potentially manufacturing a destructive or explosive device.

Detectives obtained a search warrant for Gundy-Hampton’s home and vehicle.

During their search, investigators found suspicious items in the garage that indicated Gundy-Hampton had been making highly explosive materials. As a result, police paused their search and called in explosive experts from Oregon State Police, the FBI, Portland Police Bureau, and Gresham Police Department.

Police said the OSP Explosives Unit transported the explosive devices off the property to dispose of at a different site. They also found several firearms, illegal firearms parts, and illegal drugs.

Gunday-Hampton was booked at the Columbia County Jail Friday and is being held on $5 million bail.

All residents were allowed back in their homes by Sunday evening.