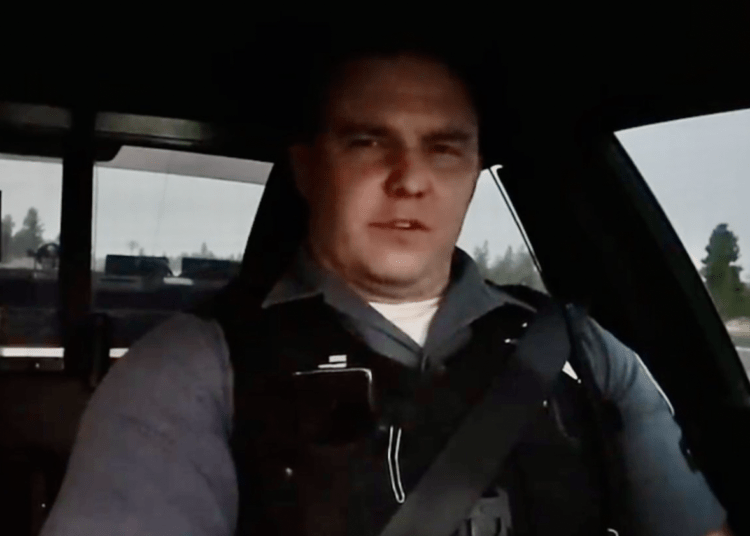 An Oregon trooper was placed on paid leave after he posted a video on Instagram saying he will defy the liberal state’s vaccine mandate for government workers.

“I swore an oath to uphold the Constitution of the United States, to protect the freedom of the people who pay my salary,” Zachary Kowing, 29, said in the video posted to Instagram last week. “I do not work for my governor but for them.”

“I have personal and religious reasons as to why I will not take the vaccine, as well as the freedom to choose not to,” he said in the video, which was filmed in his patrol car. He added that he has “fallen in line” for more than a year “with these useless, ineffective mask mandates and I will no more.

Kowing identified himself in the video as a Christian, husband, father and a police officer, was placed on leave Wednesday, according to his attorney, Dan Thenell.

Kowing, an eight-year employee of the Oregon State Police, noted in the video that he would “likely get fired” for the comments, but said that he is “nonetheless exercising my First Amendment right to speak freely” about Brown’s vaccine mandate.

29-yr-old Oregon State Trooper Zachary Kowing is placed on paid leave for making powerful video explaining why he will not be bullied into taking the mandated vaccine: “I swore an oath to uphold the Constitution…I do not work for the governor!” pic.twitter.com/hxZgqikIgM

“Miss governor, I think you’ve forgotten that you were elected by the people, therefore you work for the people. The title governor does not give free rein to force medical decisions upon us,” he said.

Kowing said in the video that if someone chose to get the vaccine, “that is your freedom.”

“But if you got the vaccine, out of fear. Be careful. You are slowly giving up the freedoms that so many have fought for,” he said, and encouraged people to “to look deep down and decide if you’re going to fall in line as sheep, or if you’re going to stand up for the rights that we have for the short time we still have them.”