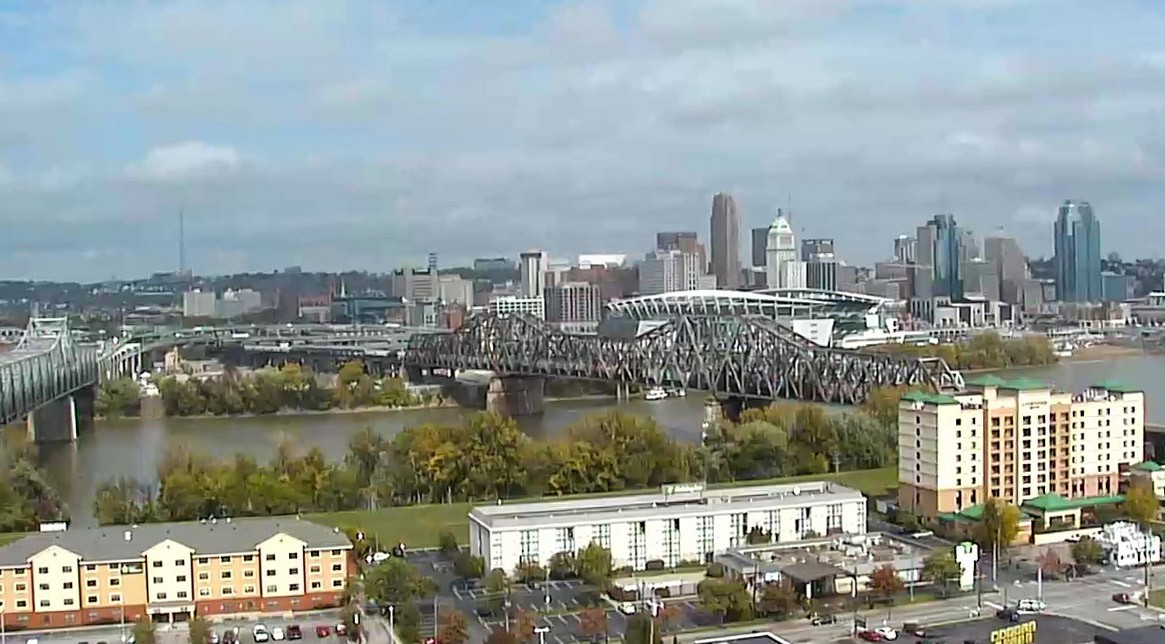 The benefits of technological advances in law enforcement span much further than crime prevention. It is no secret that the adoption of city-wide surveillance can significantly reduce crime in some of America’s most populous cities, but the Cincinnati Police Department is going one step further, using this innovative technology to help improve public safety in other areas.

Cincinnati, the third-largest city in the state of Ohio, is home to more than 300,000 residents and a police force of 1,000 officers. The city is filled with diverse neighborhoods, a vibrant downtown atmosphere and more than 20 miles of shoreline along the Ohio River. Seeking to enhance their operations in this bustling metropolis, the CPD installed several analog cameras in their downtown areas in 2008. These cameras allowed the department to monitor the areas that attracted regular crowds, such as Fountain Square and the downtown casino. But, just two years later, the department chose to swap out its old analog cameras for a more advanced, high-definition network of cameras.

“Around the 2009–2010 range, we started utilizing Axis cameras,” said Barry Whitton, Computer System Analyst with the Cincinnati PD’s Technology and Systems Section. “We had 30–35 cameras covering the Ohio River. The idea behind it was to ensure homeland security and prevent terrorism, but with the high-definition cameras, we could view boating incidents and accidents or events along the water front. Some of our river cameras are on 26-story buildings, but we can zoom in on watercraft and critical infrastructure.”

The new camera system offered the department a 180-degree view of the river and allowed them to use the system for more than just crime prevention. “Obviously, the Ohio River, when it starts to get high, can be dangerous,” Whitton said. “We’ve used the cameras to monitor flooding situations or oil spills. We did have a spill up the river and we were able to track the sheen on the water from the spill and see where it was heading.”

CPD’s system also gives Whitton’s team the ability to monitor maritime safety on a daily basis. With seven bridges in the downtown area, CPD is able to see if any large boats or barges are having trouble when sailing through. “Thank goodness there haven’t been any disasters,” Whitton said.

With a clear eye on the river, Whitton and his team are often able to provide aid to neighboring agencies who are dealing with crimes, accidents or safety issues on the water. According to a case study by Axis Communications, CPD often shares video with the U.S. Coast Guard and other regional maritime first responders from Ohio and some of its bordering states.

The case study focused on one incidence when a drunk driver crashed his car on the Kentucky side of the river and then tried to flee the scene by swimming to Ohio. “I was able to track him as he swam along the shore and direct the police boat where to fetch him out of the water,” Whitton said.

After making the switch to high definition cameras, Whitton said there were a few lessons to be learned in order to keep the system running smoothly. “We found out quickly that we had to keep an eye on our bandwidth. When you’re pushing HD through the pipe, it takes up a lot more. We also realized right away that we needed to bump up our storage capacity. We keep everything for 14 days.”

When observing the river, weather has also posed an occasional challenge. “Weather has not always been our friend. We get river fog and, at night, we’ve got places on the Ohio that are very dark,” Whitton said. “So, we take into account darkness, weather, rain, fog. But, on a clear day, it’s absolutely perfect.”

When implementing the new system, Whitton’s team went through basic training. “We went to courses—sort of an Axis boot camp to learn the ins and outs of their cameras,” Whitton said. “We know our system in and out, as far as points of contact, learning how to troubleshoot and maintain the system.”

A mobile application from Genetec Security Center allows CPD video to reach officers who are out in the field. “This has been an especially valuable tool in covert operations and emergency response situations on the streets and along the Ohio river,” Whitton said. “Video cameras don’t replace officers in the field, but they do give first responders another set of eyes.”