On Being a Warrior, a Guardian, a Watchman

On Being a Warrior, a Guardian, a Watchman

I have been living this calling now, some 28 years, and every day that I put on the uniform, the pride of being a part of this profession does not diminish.

I have been spit on, shot at, punched, kicked, scratched and stabbed at. Suspects have not only threatened my life, but also the lives of my family. I have felt the fear and anxiety of being alone and jumped by a family of three, who just minutes earlier had called for help in stopping their father who was beating their mother. I have been attacked by someone larger, heavier, high on drugs and intent on doing me harm. I have seen children shot and killed at the hands of their parents, seen lifeless decapitated bodies as a result of drunk driving, felt the pain of the victim of sexual assault, had one of my own officers killed in the line of duty and had another one shot in the line of duty. These people did not commit these acts because I was a warrior, a guardian, or a watchman, but rather because I am the Police.

Yet through this all, I have also had the greatest honor of having citizens come up to me to say “thank you for your service” and of hearing “you don’t remember, but you helped me that one time that I needed help.” These instances make everything else pale in comparison and forever remain in my heart.

My brothers and sisters on this thin blue line have been short, tall, fat, thin, White, Black, Asian, Hispanic, Arab and Native American. But through it all, you know what? When the duties of this job have come calling — they have just been The Police. There is no color or ethnicity on this line when it comes time to protect and serve. 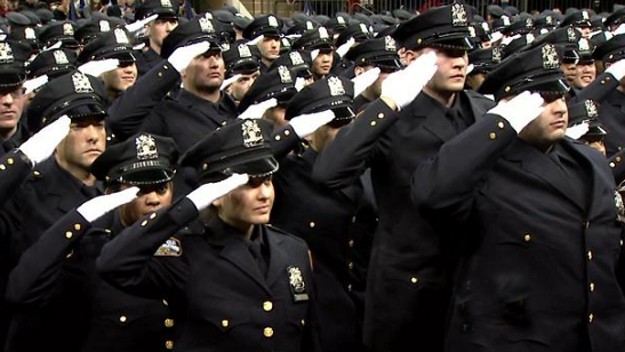 I am honored to have walked with officers that have delivered children on duty, dived into rushing floodwaters to rescue citizens, who have suffered pain and injury attempting to maintain and restore order in the chaos of active crime scenes and who have suffered a crippling career ending injuries while doing their duty.

My time on the line has allowed me to see and police through the aftermath of the Rodney King Incident, the tragedy of the assassination of NYPD Officers Liu and Ramos and the recent increase in police ambush. I was able to be a part of the reduction of gang crime and shootings in the early 90’s and now I am able to see the fruit of those team labors as my community is now rated the safest city, four years in a row, even though we live next to the murder capital of the world (Juarez, Mexico).

The theory of the academy and textbooks serve their purpose as the base of an officer’s knowledge, but next comes the application of those theories and techniques in the real world. Suddenly, that officer is faced with an incident that requires them to immediately act and to apply their training in a reasonable and lawful manner. I too, had to learn to go from theory to application and was blessed to have senior partners who shared their experiences with me (allowing me to put mine into perspective)—one who started in 1967 has been on the job 47 years as well as others who have also spent more than 30 years on the line. The impact and mentorship of senior experienced officers, as well as the mentorship of visionary and stand up leaders makes a great and lasting impact on the young police officer. As a whole, and to better serve society, the police—the watchmen, warriors, guardians of society— learn from the best practices and failures of policing as a whole. 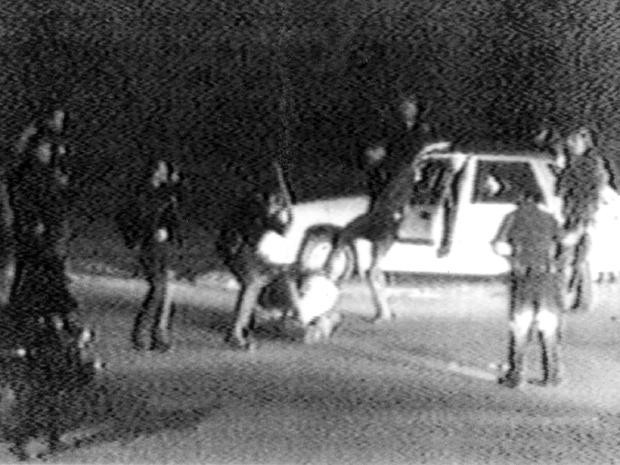 While times, laws, experiences, and policing change, the ultimate mission of maintaining the peace and serving never fades. The peace that is maintained and enforced is not a peace mandated through laws created or legislated by the police, but rather, it is the peace created and mandated through laws made by elected officials and voted on by the electorate of that jurisdiction and ultimately enforced through the police.

Evil exists! Evil causes people of all race, creed and color to commit evil and horrendous crimes. Society, cannot forget or choose to ignore this because that is what the police face every day! When this evil visits your community, and it does every day, it is then, that your guardians, your watchmen, your warriors, your Police, run to the gunfire. They place themselves between you and the evil that is trying to take your life and they are compelled to apply force, lethal or non-lethal, to assure that you, your children and your families are safe. You cannot expect a watchman to not be the guardian or warrior, because they are one in the same, they are your Police. 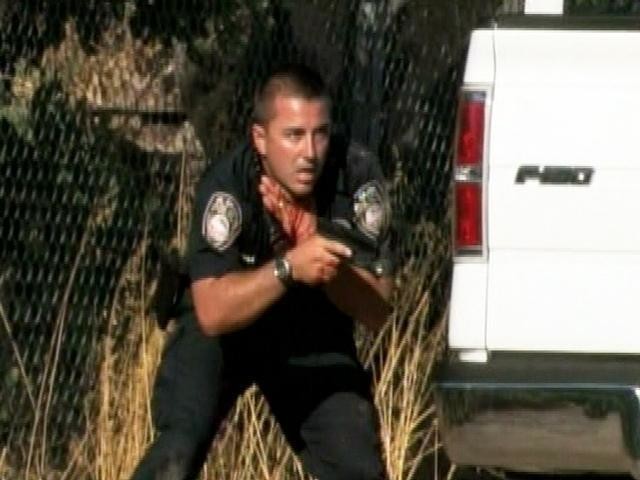 No police officer elects to go to work to abuse or to victimize a race, creed or person of a color that differs from their own! Rather than place the fear of the police into children by telling them that if they don’t behave that the police are going to come and take them away, and that the police are the enemy—instead, let us promote the value and importance of the service that the police provide to society. Promoting negative expectations and fear towards the police ultimately affects the behavior, expectations, and outlook of individuals raised in that manner— ultimately becoming a self-fulfilling prophecy.

I refer to policing as a calling, the ultimate calling, and hopefully this aids the civilian to better understand why. Nowhere, I say again—nowhere, does one go to their job and on a daily basis, strap on body armor and carry a gun. All, with the knowledge, that today may be the day that they don’t go home? Police officers, do this every day, sometimes for a career of 20 or more years. This translates, to an average of five-thousand work days and forty-thousand work hours of wearing body armor and carrying a gun, only to often suffer from some form of post-traumatic stress disorder at the end of their career . . . that is if they make through to the end.

If you want to come to this line only to make a paycheck, then this is not for you, because that is but a small byproduct for the sacrifices that you will make. Those who have held the line know deep down inside, that they were—called—to do this, to serve their community, to sacrifice for the greater good of society.

If you are on this line, then you better live the calling—check yourself daily, stop to talk and interact with your community, arrest those that need to be arrested, and serve and raise up those who need your help—those who are in fear, those who are abused, those who are victimized. And, always . . . do so with integrity, because that, is the calling! You are the Police and everything that it represents – leader, teacher, hero, and yes, watchman guardian, and warrior.

What Are Your Thoughts?
Tags: exclusiveguardianwarrior

Lawrence Lujan is an active field and training lieutenant with 28-years of service and graduate of the FBI NA-274. A long-time member of the SWAT team, he served as both member and team leader.  He brings a unique set of skills to the law enforcement arena and has a wide and varied background in leadership, firearms, international training, and operational tactics. He is also the editor-in-chief for Tactical Solutions Magazine (Journal of the International Tactical Training Association).

You Cannot Pour from an Empty COP