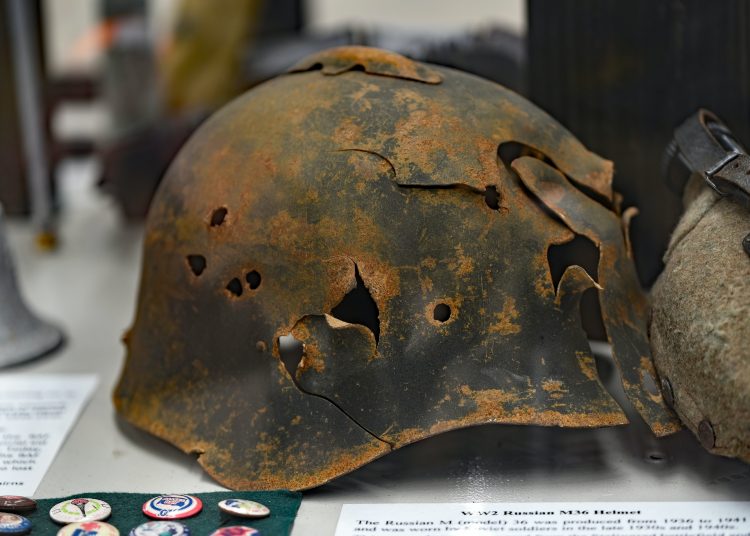 Grand Forks, North Dakota — A columnist from North Dakota has questioned why law enforcement receives awards named after military awards. Writer and podcaster, Rob Portner, brought the issue up after Grand Forks Police Officer Cody Holte and Corporal Patrick Torok became the first recipients of the Purple Heart and Medal of Honor in the history of the Grand Forks Police Department.

According to Portner, in a column published in the Grand Forks Herald, “The cops are not the military.” And he took issue with the connections between police and the military stating: “It’s about attitude. It’s the high-and-tight military haircuts. It’s cops referring to the public as ‘civilians.’ And, yes, it can also be the names we use for the honors cops receive.”

To give Portner credit, he recognized the heroic efforts of Holte and Torok, and the fact that Officer Holte was murdered on May 27, 2020. And it seems as though Porter’s gripe is the names of the medals—and the unrealistic talking point that cops should not be “warriors.”

However, Portner and others who are apparently just as confused about the term “warrior,” seem to have a misunderstanding of basic history—and more importantly, how most law enforcement professionals actually define and use the term.

Most historians, military personnel and law enforcement professionals often explain how the term “warrior” is hardly a synonym for “violence.” Instead—and in actual practice—”warrior” typically refers to: a unique kind of confidence in your abilities; discipline in your conduct; integrity in all that you do; compassion for all mankind and empathy for those in need.

And despite all the confused opinions, as historians have often cited, true warriors avoid violence—but when necessary to protect others—warriors will certainly engage those who bring violence to them or others.

So, the fact that police and military share common names for valor and character should not be surprising or hardly controversial as Portner and others contend—should we not honor men and women who sacrifice for the sake of others in protecting others?

Should we not recognize the men and women standing above the crowd with the highest of character.

And should we not recognize the bravery and the warrior-like attitude to face violence and defend others—even if it means sacrificing your life for someone else?

Least of all, since plenty of award-winning people are also called “warrior.”

When people call Tiger Woods a “warrior,” nobody in the world of golf flinches.

When President Obama said that he was a “warrior for the middle class,” we applauded.

So when we call Officer Cody Holte or Corporal Patrick Torok a “warrior,” that’s because they are, in every true meaning of the word. Likewise, Grand Forks Corporal Ron Nord and Sergeant Kelly McLean were the first on scene at that horrific event last May. They are also “warriors” and never backed down in the face of a coward barricaded in a home shooting at them and others.

Officer Holte was a member of the North Dakota National Guard and like so many others he served his country with the United States Military and his community with the police department.

So while I understand that well-meaning individuals like Portner want to ignore the real dangers that soldiers, warriors, and officers face, let us not forget the sacrifices that warriors make in protecting others.

Holte lost his life wearing a Grand Forks Police uniform. And his wife and baby will never see him again on this side of eternity. And that is because of the evil he faced in Grand Forks, North Dakota.

So as far as I’m concerned, call an award whatever you want.

But only cowards stir controversy where none exists.

And only cowards disrespectfully offer opinions telling warriors what the term “warrior” means—in peace and comfort behind a keyboard.