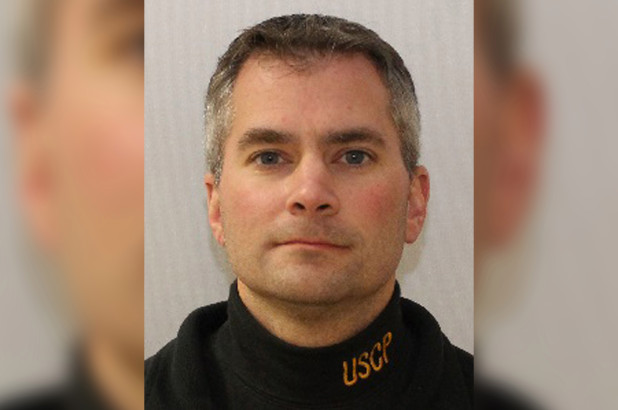 So much for accountability. While politicians everywhere along with hundreds of media outlets claimed that Capitol Police Officer Brian Sicknick died after being hit in the head by a fire extinguisher—but hardly any of them have apologized or even bothered to acknowledged their mistake. And while they’ve not only misinformed the public they claim to serve, they’re still ignoring the wishes of the family, who did not want Officer Sicknick’s death to be politicized.

Quite simply, by failing to correct themselves, his death remains politicized. And law enforcement officers everywhere remain stuck in the awkward circumstance of trying to speak up the for the politicization and the mediatization of his death, yet attempt to do so in his honor and with respect to the family’s wishes.

We tried to avert the politics and honor Officer Sicknick. And Law Officer was one of the first to report that Officer Sicknick did not die from a fire extinguisher. We received plenty of criticism for daring to challenge the mainstream media narrative—the political one, that attempted to dupe the public, and law enforcement officers throughout America. But now that the facts can no longer be ignored, mainstream media seems to be walking back their initial, reactionary reporting

For example, The New York Times has now backed away from their initial claim that Officer Sicknick died from being struck by a fire extinguisher. But making things worse, other media outlets, such as CNN, have taken up other speculations, including the claim that “bear spray” could have killed Officer Sicknick.

Of course, replacing one story void of facts and filled with speculation with another does not bode well for esteemed journalism. But it clearly shows that we should no longer expect the media to actually investigate and report facts—especially when there appears to be some political leverage to gain in forsaking law enforcement.

PUSH BACK AGAINST MEDIA LIES: JOIN THE LAW OFFICER NETWORK

Gladys Sicknick, Brian’s mother, has stated that she believed her son died from a stroke—not trauma. His father, Charles, told Reuters that his son “had a blood clot on his brain and had a stroke… operating was not an option.” But these statements are hardly being discussed by politicians and the media.

It seems politicians and the media are incapable of assuming accountability—precisely when they are pointing the finger or demanding accountability. Still, in citing “unnamed” officials, multiple news outlets continue to report that the investigation is looking at a connection between bear spray and Officer Sicknick’s death.

While we previously reported that we have not found a single line-of-duty death attributed to “bear spray” or any other “spray,” one has to wonder why it is so important for the media to victoriously call this a murder— rather than report the facts?

Previously, the Capitol Police said that the autopsy results are still pending, while prosecutors have indicated that if “bear spray” was used against Officer Sicknick, charges of assaulting an officer would be brought against the suspect—not murder charges.

So any rational, civil-minded person must wonder what form of justice is that? Yet there is one thing we need not wonder about, because clearly, politicians and mainstream news and social media are not interested in honoring the family’s wishes or supporting justice—they are far more interested in convincing America that Officer Brian Sicknick was brutally murdered by so-called “insurrectionists.”

Dishonoring his death is one thing. Dishonoring his family’s wishes is another. And the lies that continue without any accountability are a form of dishonor to American civility and justice that none of us should stand for, or continue to accept.

IS THE DEATH OF OFFICER SICKNICK BEING USED AS PROPAGANDA?

OFFICER BRIAN SICKNICK WAS NOT BEATEN BY A FIRE EXTINGUISHER