Would political elites honor him if he died combating left-wing radicals? 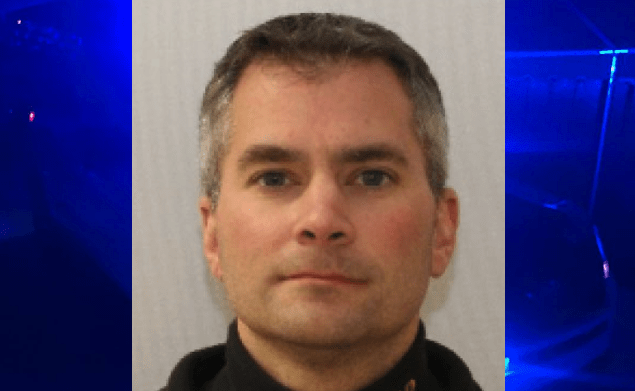 WASHINGTON — The body of Capitol Police Officer Brian Sicknick will return in honor next week to the building where he gave his life.

The 42-year-old New Jersey resident was pepper-sprayed and fatally beaten on Jan. 6, as rioters streamed into the Capitol to denounce Biden’s victory.

He died from his injuries a day later, Law Officer reported.

Sicknick’s coffin will arrive at 9 p.m. Tuesday at the East Front of the Capitol building, according to a statement from the legislative leaders.

Members of Congress are invited to attend a two-hour viewing the following morning in the Capitol Rotunda.

Sicknick will then be buried at Arlington National Cemetery, New York Post reported.

“The heroism of Officer Sicknick and the Capitol Police force during the violent insurrection against our Capitol helped save lives, defend the temple of our democracy and ensure that the Congress was not diverted from our duty to the Constitution,” House Speaker Pelosi and Senate Majority Leader Schumer said in a joint statement.

“His sacrifice reminds us every day of our obligation to our country and to the people we serve.”

Only four prior people in the country’s history have lain in honor in the Rotunda, including Rosa Parks, and two Capitol Police Officers who were killed in the line of duty in 1998.

It differs from lying in state, which is reserved for presidents, lawmakers and other dignitaries, in that members of the Capitol police escort and guard the body, as opposed to members of the military.

The FBI is investigating dozens of suspects in connection with Sicknick’s killing.

The editorial team at Law Officer is happy to see Sicknick honored in this way, yet it seems incongruent with the manner in which law enforcement officers have been treated in the last year. Why Sicknick? Why now? What if he died at the hands of a left-wing mob? Would his death be treated with the same reverence by Democrats? We doubt it. That is why we are concerned with the “bi-partisan” motivation of this move.

We believe Sen. Scott and Rep. Norman are sincere, since this action parallels their politics. But Sen. Schumer and Speaker Pelosi, not so much!

Dave Patrick Underwood, a federal officer, was shot and killed outside the U.S. courthouse in Oakland, Calif. on May 31, 2020. His murder occurred as riots broke out all over the country following the custodial death of George Floyd, Law Officer reported. Outside of Underwood’s family and fellow cops, no one seemed to care.

When a right-wing mob storms the U.S. Capitol, the government brings in the National Guard from all over the country to suppress it. Fences are erected in record time as it takes on the appearance of a military occupation; the violence is quelled.

That certainly has not happened in places like Portland, Seattle or Minneapolis where government authorities have taken legal action prohibiting law enforcement officers from using various tools and tactics to repress violence. Moreover, the district attorney in Philadelphia threatened criminal prosecution of federal law enforcement officers combating the radical mobs.

What kind of country have we become?

A left-wing mob is provided fuel to burn. A right-wing mob feels the full weight of an overbearing, authoritarian government. Rioters in Portland are released from custody—if they get arrested at all—with charges dismissed. But rioters from DC are being rounded up like a cattle drive and sure to face harsh punishment.

We agree with the prosecution of Capitol rioters. Their actions were criminal and there is a price to pay. Yet the legal inequity being doled out is dangerous to freedom, where one political party has enormous clout, and the other is victimized by a propaganda machine of epic proportions.

Is Sicknick’s death being used by left-wing propagandists? You be the judge. But we are certain that an officer who is killed combating radical left-wing activists will not be honored in the Capitol Rotunda.

Editor’s note: Two U.S. Capitol police officers who have lain in state—Jacob Chestnut and John Gibson—were killed during a 1998 attack by a man who reportedly expressed a distrust of government and was later diagnosed with paranoid schizophrenia and sent to a mental institution. As of 2018, he remained institutionalized, WTOP reported.