Brett Hankison was acquitted by a Kentucky jury 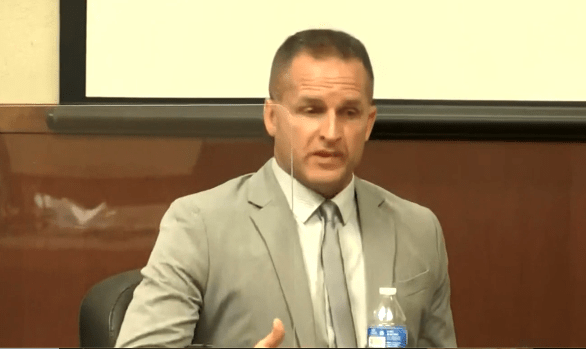 LOUISVILLE, Ky. – A Kentucky jury cleared former police officer Brett Hankison on Thursday of charges that he endangered neighbors when he returned fire from Breonna Taylor’s boyfriend during the 2020 narcotic raid that ended with Taylor’s death.

The panel of four women and eight men rendered their verdict after about three hours of deliberations. Hankison was shaking and visibly relieved after the verdict was read, CBS News reported.

Hankison had been charged with three counts of wanton endangerment for firing through sliding-glass side doors and a window of Taylor’s apartment during the raid after Sgt. Jonathan Mattingly was struck by gunfire from Taylor’s boyfriend, Kenneth Walker.

Mattingly suffered a serious gunshot wound, which severed his femoral artery and had to undergo surgery.

Kentucky Attorney General Daniel Cameron determined the officers were justified when returning fire. Therefore, they were not charged with a crime related to Taylor’s death.

Although attempted murder charges were initially filed against Walker for shooting Mattingly, they were eventually dismissed.

Hankison’s attorneys never contested the ballistics evidence, but said he fired 10 rounds since he firmly believed his fellow officers were “being executed.”