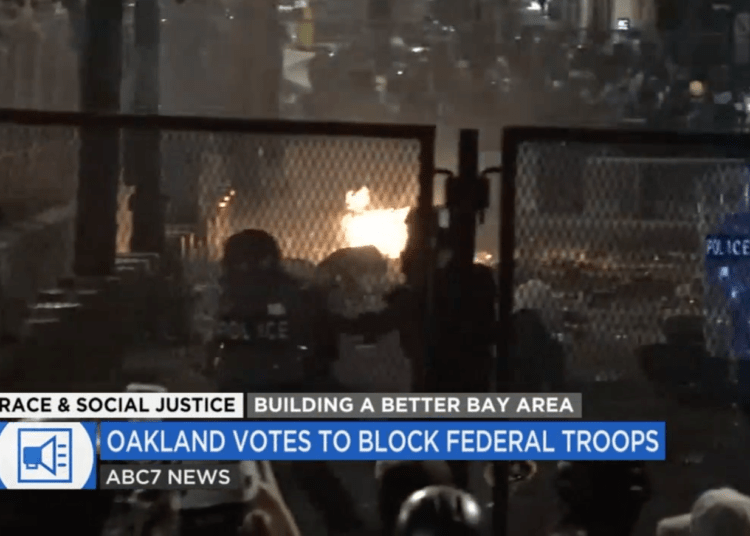 The unanimous vote was taken during the council’s virtual special meeting. The legislation cited the ongoing protests in Portland, Ore., where protesters and authorities have violently clashed for weeks, KGO-TV reported.

The measures direct the council to take any lawful steps to prevent Trump from deploying federal agents to the city, according to KGO-TV.

“That won’t quell or suppress a riot or something like that, it would actually incite one, so it’s for everybody’s benefit for this not to happen,” one council member said.