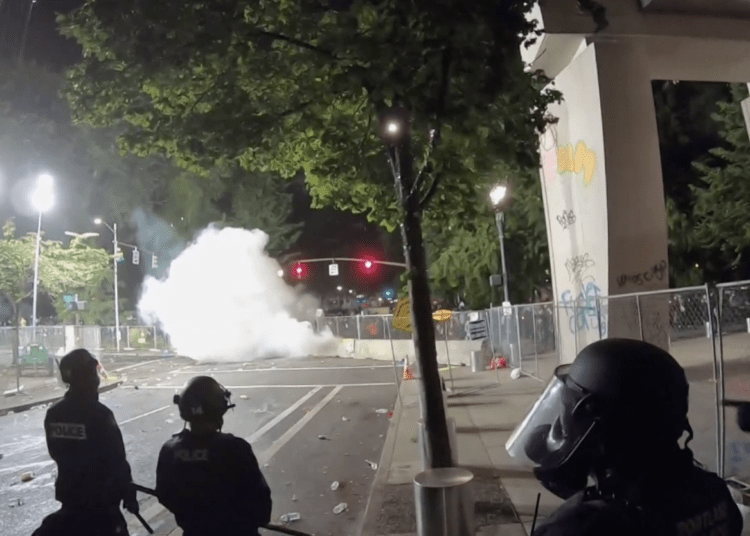 The ACLU of Oregon filed a lawsuit against the Portland Police Bureau today, challenging the livestreaming of protests.

They contend that the bureau’s practice of filming and broadcasting protesters violates state law that prohibits police from collecting or maintaining information about the political, religious or social views, associations or activities of people who are not suspected of criminal activity.

Oregon Live reports that the The livestream zooms in on individual faces, making protesters vulnerable to face surveillance technology.

The livestream has been one of dozens of livestreams of nightly demonstrations in Portland.

AN OPEN LETTER TO THE JONAS BROTHERS & JAY Z

“Unlawful police surveillance threatens our First Amendment rights,” said Jann Carson, interim executive director of the ACLU of Oregon. “The Portland Police Bureau has no constitutional reason to train its video cameras on demonstrators — or to broadcast those images publicly on the internet, where federal agents and others can analyze them.”

City Attorney Tracy Reeve did not comment on the pending litigation.

Federal officers who have been stationed in an incident command center in the Mark O. Hatfield United States Courthouse have been monitoring livestream footage shared on social media of the demonstrations. Portland police and federal officers have made arrests after reviewing video footage to identify people accused of committing violence or property damage.

The suit is on behalf of an unidentified protester who was caught on the police streaming footage while demonstrating outside the police union office in North Portland on July 13, according to the suit.

“Many of the other protesters whose likenesses and voices have appeared on PPB’s videos also want not to be recorded. Several have shouted as much at PPB’s cameraperson; others have shone bright lights at its camera in attempts to obscure the camera’s view of the crowds; still others have used squeakers to obscure PPB’s audio recording,” the suit said.

Share and speak up for justice, law & order...
Tags: acluNewsportlandprotest