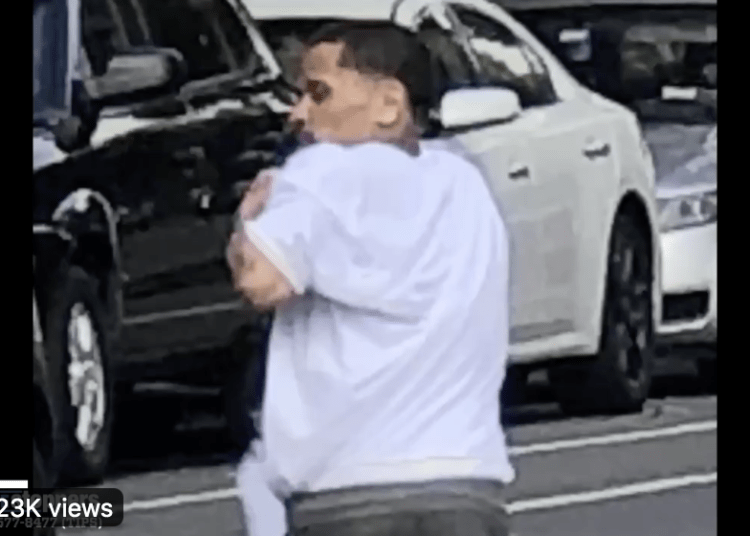 NEW YORK — NYPD made an arrest in the case of a toddler who was slashed in a seemingly random and unprovoked attack in Manhattan Wednesday morning. The child was in a stroller at the time of the attack.

Anthony Gonzalez, 35, of Manhattan has been charged with felony assault and criminal possession of a weapon, WABC-TV reported.

Authorities say Gonzalez is the man who approached the 2-year-old boy and his nanny at 110th Street and Morningside Drive around 9:35 a.m. Wednesday.

The boy was cut above the left eye. He was with his nanny at the time.

“Thanks to the hard work & dedication of NYPD detectives who’re relentless in their investigations, the suspect wanted for this horrific crime against a defenseless child has been charged with felony assault,” Commissioner Dermot Shea tweeted.

On Friday, NYPD News posted surveillance footage of the attack, seeking tips from the public.

On Wednesday morning, a 2-year-old was slashed in the face requiring several stitches. Our @NYPDDetectives were able to locate & apprehend the individual responsible who is on parole for robbery and has a history of arrests. https://t.co/SF0C80OPuy

The boy was slashed with an unknown sharp object, police said.

“My wife was horrified,” the father of the boy told WABC-TV. “My son is very nervous, also under stress.”

He said the crime traumatized the nanny.

“She told me some guy leaned over the stroller, cut my son, and she immediately notified 911,” he said. “She immediately called my wife.”

According to NYPD, Gonzalez is a parolee with a history of arrests.

Law Officer is the only major law enforcement publication and website owned and operated by law enforcement. This unique facet makes Law Officer much more than just a publishing company but is a true advocate for the profession.
Share—and speak up for law & order...
Tags: Anthony GonzalezDermot Sheanypdslashed eye

NYPD Officer Shot In The Back At Domestic Violence Call