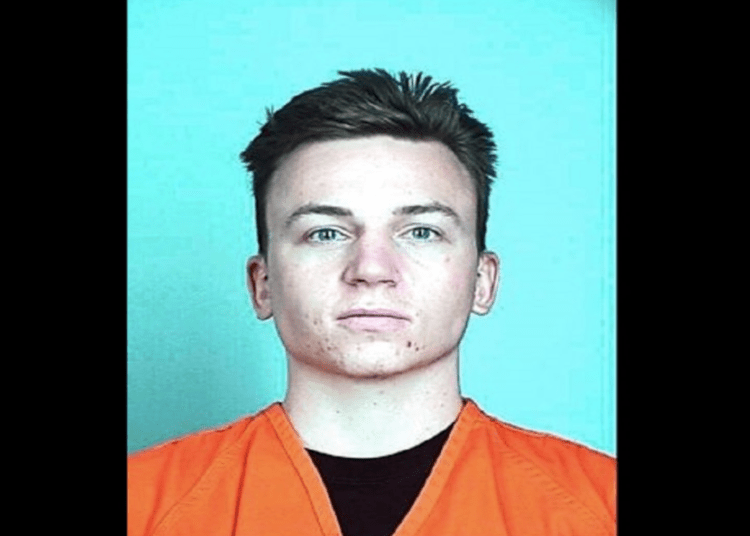 MINNEAPOLIS — A North Carolina man and self-described member of an anti-government extremist group pleaded guilty Wednesday to a terrorism charge.

Benjamin Ryan Teeter, 22, of Hampstead, N.C., pleaded guilty Wednesday to one count of conspiracy to provide material support to a foreign terrorist organization.

Teeter admitted he and another man, Michael Robert Solomon, 30, built firearms suppressors that they delivered to an informant and an undercover FBI employee, believing they were going to Hamas, according to Teeter’s plea agreement. Authorities have said the pair also offered to fight as mercenaries for the group, Fox reported.

During his plea hearing, Teeter said he believed the suppressors would be used by Hamas’ military wing, according to the Star Tribune.

“I mean, why would someone buy suppressors if they weren’t going to deliver them to a militant wing?” he said.

Authorities said Solomon and Teeter are self-described members of the “Boogaloo Bois.” U.S. Attorney Erica MacDonald said in a statement that Teeter’s “extremist ideologies had moved into the realm of violent action.”

Authorities began investigating the Boogaloo Bois after learning that some members were discussing violence and were armed during the unrest in Minneapolis following the custodial death of George Floyd. Boogaloo supporters, who use the movement’s name as a slang term for a second civil war or collapse of civilization, frequently show up at protests armed with rifles and wearing Hawaiian shirts.

Solomon was seen openly carrying a firearm, and he and Teeter spoke about committing acts of violence against police, politicians and other targets, according to court documents. Teeter said he and Solomon planned to blow up a courthouse in northern Minnesota, then changed their target to a courthouse in the metro area.

Solomon and Teeter told an informant that the views of Hamas — a Palestinian Islamic political party — aligned with their own anti-government views and that they wanted to work as mercenaries on behalf of Hamas’ armed wing so they could earn cash for the Boogaloo movement, authorities said.

The status of Solomon’s case was not provided.