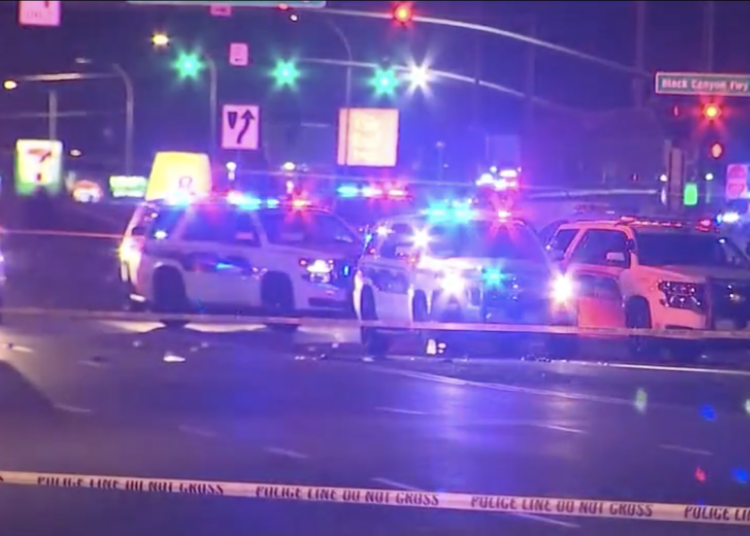 PHOENIX — The Phoenix Police Department on Tuesday released footage of an officer-involved shooting from November in which former NFL defensive lineman Ekom Udofia was shot and killed.

The incident occurred in the early morning hours of Nov. 30 near Interstate 17, Sgt. Mercedes Fortune said at the time. Police said the 33-year-old ex-pro football player was in the road trying to get hit by cars as he was armed and pointing a gun at people passing by, according to FOX10 Phoenix.

Police said Udofia pointed his gun at officers, prompting police to shoot him, and as he was on the ground he refused to drop the weapon, according to the station. Udofia reportedly raised his gun again toward officers and was shot. He was later taken to the hospital, where he was pronounced dead.

A further investigation concluded that Udofia’s weapon was a BB gun, FOX reported.

Police released the footage from the incident weeks later. Officers can be heard on camera pleading with Udofia to drop the weapon.

“Please drop the gun, dude! Please!” an officer can be heard on the video saying. “Drop the gun, man! Please! Please! Do not make me shoot you!”

Another officer also tried to reason with Udofia: “Please! Please! Do not make me shoot you!”

Udofia reportedly struggled with mental health issues in the past and was arrested for disorderly conduct and indecent exposure, AZCentral reported. However, he had been complying with his probation stipulations and found a job and checked in with the county’s mental health department.

The 33-year-old played five seasons at Stanford between 2005 and 2009 and appeared on the Cincinnati Bengals and New Orleans Saints’ rosters but never appeared in a game.