What cops really think about the current state of policing 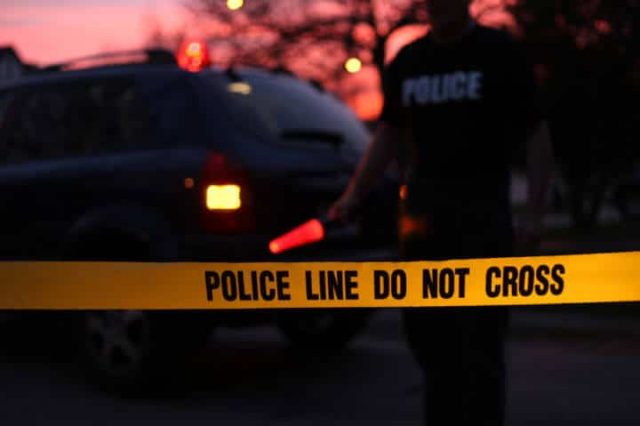 Hands-down, one of my most widely-read and -shared articles is the one about weak police leadership. It has also generated a lot of commentary from police officers who’ve written to me, eager to be interviewed and tell their stories.

The following letter is one of many I’ve been receiving from cops across the country. Though they differ in their wording, they all carry a similar cynical tone.

When you consider what cops are up against, it’s all quite understandable. Being indicted by zealous prosecutors simply for doing their jobs. A continued increase in attacks and ambushes on cops. Bail reform and crime decriminalization measures that put repeat violent offenders back on the streets. Office politics. Understaffed police departments that have resulted in burnout for remaining officers.

All of these things might be more bearable, officers have told me, if they felt backed by command staff. And if there were more people in decision-making positions speaking out for them.

(This letter has been published with permission from the author and identifying information has been redacted.)

I loved the job. I put in hard work to put together countless cases, big and small. Consistently leading my shift in arrests and reports. I did this not by blindly fishing, but by taking time to talk to victims and completely investigating all crimes that were reported to me.

It became clear to me that the work I did, as important as I found it to be, did not matter. No amount of work would help me promote or get into a unit. There was no training available to me, sometimes this was because of “shortage”, sometimes because I lacked seniority, or if we had staffing and I had seniority, then it just went to other people.

This year I took a critical look at my career. My supervisors did not know me. Nothing about me, if I was married or single, had kids, family. Nothing. I believe this is a conscious choice by leaders to emotionally distance themselves, much like farmers do not name cows and pigs (nobody wants to eat Herbert).

Essentially, my role within my department was to be a brake pad. You put a brake pad on your car and hope you’ll get 30k miles from it. If you drive 100 miles and the brakes squeak. You don’t cry and fix them. You throw them away before they damage the rotor or cause you to crash and destroy the whole car.

At the present time, there is no police leadership. I have tried to speak up within the agency. To no avail. I reached out to media, about controversy I observed. Nobody cares.

Meanwhile, supervisors see young officers struggle. They close their eyes and hope for the best. But if that young, struggling cop makes a mistake, the refrain is the same, “I don’t know why he did that”, he was trained better. And under the bus they go, be that indictment, termination, or injury.

Any cop that has any common sense is doing what I did and getting out. The alternative is watching crooked command staff hiding their own wrongs burying you. Or indictment. And if somehow you manage to go 20 years without being hurt, indicted, or fired. They forget you the second your gear is turned in, and all the years of stress rob you of any semblance of a decent retired life.

Policing is in crisis,”

These letters, phone calls, Zoom meetings, and interviews always effect my psyche. They confirm that the current state of policing is in despair, and that we are headed for a crisis, if we’re not already in one.

For the Blue is a solutions-based initiative. I’m just an American patriot asking questions. I don’t work with any political party and I answer to nobody. For me, the health of the nation, due process (including for police officers), the rule of law, and respect for individual liberties, will always transcend party affiliation. I welcome your thoughts, even if you disagree; though personal attacks will be ignored. You can reach me at [email protected]

Share and speak up for justice, law & order...
Tags: for the bluenobody cares