How Will Our Leaders Handle the Next Crisis? 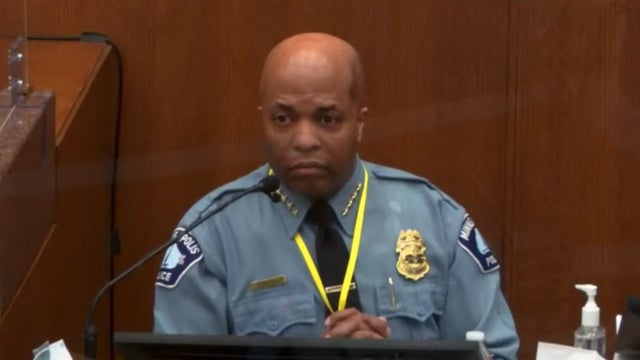 (For The Blue) – This probably isn’t going to read like a post you’d expect from an avid police supporter and advocate. To be clear, I love and respect cops and understand that without them, we will fail as a nation. Yet I also carry with me an unresolved feeling of betrayal and abandonment.

The onus for this, I realize, rests firmly with police management.

It’s not just the rank-and-file who’ve been let down. In their quest to win favor with police critics and by refusing to push back against harmful narratives, police leaders (exceptions noted) have allowed the rest of us to flounder.

We’ve become second-class citizens who cease to matter. At least that’s what it feels like.

Nobody in Policing Ever Apologized for the Spring & Summer of 2020

As cities were being destroyed, police officers ambushed, and innocent civilians harassed, police leadership gave orders for officers to stand down.

Here in Madison, for example, rank-and-file cops confided in me about the dereliction of police leadership duties they witnessed during the riots. Though my Madison PD advocacy site where I detailed these events is no longer live, here’s an excerpt from Empower Wisconsin.

“Police officers who spoke to Fitzsimmons said commanders ordered them to not intervene, even though the crime was happening right before their eyes. The officers pursued the suspects after they left the area. They asked again for permission from command staff to make arrests.

“This request was denied, and we were ordered to release the criminals,” one officer told Fitzsimmons.

One officer said police leadership was concerned that police doing their jobs would “trigger rioters.”

While this part is understandable, how can anyone who is true to their oath honestly justify the following?

“Our command post then passed down the order that we would not be making any arrests at all, even of suspects that were able to be taken out of the area,” the officer said.

And perhaps this is the most disturbing detail.

“We later spotted a suspect from a robbery/sexual assault case whose information had been disseminated earlier, so there was probable cause to arrest that person,” the officer said.

“Even after units followed him out of the area, the command post denied our requests to take him into custody because they didn’t want the news to get back to (a known area police critic). This person literally has as much sway over the police department as the mayor,” the officer said.”

It wasn’t just that the police executive class nationwide failed to offer explanations or to apologize to the citizenry for their inaction. They also groveled for forgiveness and understanding from their critics – which consequentially did little-to-nothing to change hearts and minds. Yet who among them has kneeled for the innocent children being slaughtered on our streets? Or the women brutally assaulted? Or the victims of carjackings and home invasions?

The politicization of policing causes people (especially those who’ve traditionally supported law enforcement) to become distrustful. And unfortunately, rank-and-file officers experience the brunt of this.

While nobody wants to believe that law enforcement is biased, what should the takeaway be in cases like the following?

This is in reference to the fire bombings of a pro-life agency here in Madison. It was written in October; the attack occurred in May.

Note: The issue at hand in inconsequential. Regardless of any of our individual beliefs on this or any other issue, each of us has a Constitutional right to equal protection under the law. There’s no room for compromise on this point.

“Wisconsinites deserve to feel safe, no matter their political views,” Appling said in a statement when the group sent its FOIA. “We certainly don’t want to think that there would be any prejudice by any law enforcement agency based on our particular beliefs and values, but not hearing anything from MPD or any other law enforcement agency since early June certainly raises questions.”

This is not just a Wisconsin phenomenon, either.

“Since the Madison attack, Jane’s Revenge has claimed to have carried out more than a dozen additional acts of vandalism on pro-life organizations. Fox News Digital has reached out to the police departments investigating each incident and found that not a single arrest has been made or publicized.”

I suspect most of us are savvy enough to understand that solving crime in real time is dissimilar to what’s portrayed in film and on television. Formal investigations that respect the Constitutional rights of involved parties require due diligence. People could be more empathetic, however, if police leaders would take time to explain the reasoning behind their actions – even when only a relative few within their jurisdictions care about a given case.

When police show favoritism, they disrespect their oath. Even when said favoritism is merely a perception issue, police leaders need to clarify their commitment to the law – and that it’s being fulfilled without favor or preference.

How Will Our Leaders Handle the Next Crisis?

Heaven help our country if we were to experience another 2020. For one, police department staffing has been severely damaged since that time. There are fewer men and women available or willing to physically stand between us and chaos.

It’s not only that, though. With exceptions, police leadership has shown that it continues to prioritize politics before the law – whether it’s via showing favoritism, retracting a post honoring policing officers (then apologizing for it!) or banning the display of the blue line flag.

How can we trust that they’ll do the right thing during a future crisis? We all want and deserve to be safe – and to be unequivocally assured that our guardians will protect us.

What The Citizenry Expects From Police Leadership

There’s no denying that you’re leading under the most perilous landscape for law enforcement in recent history. Reasonable people recognize your challenges. They see that you’re worn and that few visibly support you.

Still, your job is to lead. A genuine leader (like we had with our beloved Chief Koval) stands strong and doesn’t allow the loudest voices in the room to dictate police procedure. Because right now, all you’re doing is emboldening your critics and people who disrespect the law. By kicking the can down the road, the rest of us are being left to flounder. And we deserve better.

The next installment will be more upbeat. Thanks for reading.

For the Blue is a solutions-based initiative. I’m just an American patriot asking questions. I don’t work with any political party and I answer to nobody. For me, the health of the nation, due process (including for police officers), the rule of law, and respect for individual liberties, will always transcend party affiliation. I welcome your thoughts, even if you disagree; though personal attacks will be ignored. You can reach me at [email protected]

Share and speak up for justice, law & order...
Tags: for the blueLeadershipPolice management