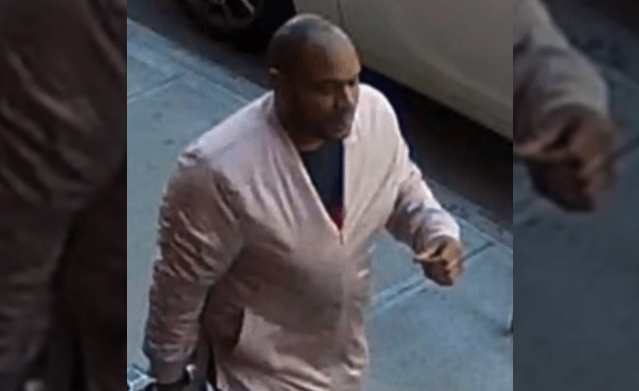 NEW YORK — The man accused of brutally battering an Asian-American woman during a broad-daylight hate-crime attack in New York City on Monday was on lifetime parole for murdering his mother years earlier in front of his 5-year-old sister, police and sources told Fox News.

The video appears to show the woman getting kicked in the stomach, which causes her to fall. The assailant, now identified as Elliot, proceeds to pummel her while she is on the ground, kicking her in the head and body. An individual described in reports as a security guard — seems unwilling to render aid to the woman, and instead closes the door after the attack, Law Officer reported.

As Elliot continued the assault, he said, “F*** you, you don’t belong here,” a source confirmed to Fox News.

NYPD says 65-year-old Asian American woman was walking to church this morning when suspect assaulted her and said “f*** you, you don’t belong here.” Happened in front of 360 W. 43rd St. 11:40am. Sources say building security guard not only failed to render her aid… 1/2 pic.twitter.com/ZLtQEHHJci

Authorities told the New York Post that the woman was taken to NYU Langone Hospital with a fractured pelvis and is listed in stable condition.

ABC 7 NY reported that the woman was on her way to church at the time of the assault.

Brandon Elliot, a parolee out on supervised release, has been arrested & charged w/ this brutal assault.

Great work by your @NYPDDetectives, identifying & apprehending the assailant, all within 48 hrs — always seeking justice for victims. https://t.co/NVdIO8WVhD

Police sources told Fox News on Wednesday that Elliot has two prior arrests. In 2000, he allegedly robbed his mother in the Bronx, where he stole jewelry and allegedly choked her, according to the New York Post. But just two years later, in April 2002, he was arrested for murdering her, according to sources and records.

According to authorities, when Elliot was 19, he stabbed his 42-year-old mother three times in the chest with a knife inside their Bronx home in front of his young sister. He was charged with and convicted of second-degree murder.

Department of Corrections records show Elliot served prison time at the Fishkill Correctional Facility in Dutchess County, N.Y., until he was released on lifetime parole on Nov. 4, 2019. His most recent parole hearing was in March of last year.

His most recent address was listed as being just three-tenths of a mile from the crime scene, at a hotel on West 40th Street that also provides housing for the homeless, according to the Post.

The Brodsky Organization, which manages the building where the crime occurred, said in a statement posted to Instagram that it “condemns all forms of discrimination, racism, xenophobia and violence against the Asian-American community.”

“The staff who witnessed the attack have been suspended pending an investigation in conjunction with their union,” the statement said. “The Brodsky Organization is also working to identify a third-party delivery vendor present during the incident so that appropriate action can be taken.”