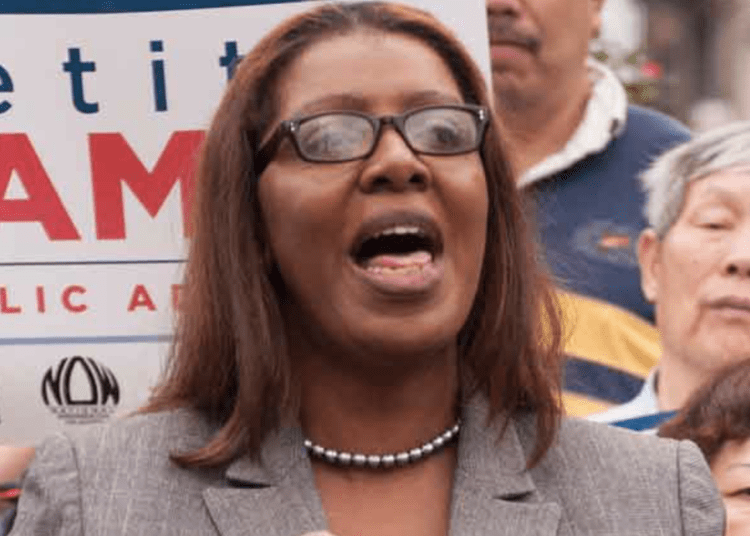 NEW YORK — The New York State Attorney General will not be filing charges against an NYPD sergeant for a 2019 OIS shooting death but did recommend police no longer arrest people during traffic stops if they have certain open warrants, an AG report released Friday states.

The report, completed by AG Letitia James’ Special Investigations and Prosecution Units, analyzed the death of Allan Feliz, 31, who was shot by Sgt. Jonathan Rivera during an October 2019 traffic stop in the Bronx, New York Post reported.

Feliz had been stopped for a seatbelt violation. However, rather than providing his identification when police asked, he gave his brother’s license. The sibling had three open warrants for minor public offenses; littering, spitting and disorderly conduct.

Feliz was asked to step out of the vehicle, but rather than comply with officers, he soon got back into the automobile and attempted to drive away, sending Rivera jumping into the vehicle from the passenger side.

Feliz refused to surrender to police and continued to try to drive the car away, eventually leading Rivera to discharge his weapon when he thought his partner had been run over, the report states.

The AG found no reason to charge Rivera but did say car stops such as the one with Feliz shouldn’t be performed by officers because “the vast majority of traffic stops — including this one — do not involve criminal conduct, yet the involvement of police in such situations can result in violent interactions.”

“The report also highlighted studies demonstrating disparities in the use of force during traffic stops against Black and Latino men. The untimely death of Mr. Feliz further underscores the need for this change,” the report continues.

So rather than placing responsibility on the individual who chooses to resist, fight, and run, the attorney general simply wants law enforcement to ignore the command from a judge (warrant) and bring the accused before the court by taking him or her into custody.

The editorial staff at Law Officer believes this thought process simply makes a mockery of the criminal justice system. If the city, county, or state doesn’t want this type of offense to go to warrant, remove it from the books. Yet be warned, when a jurisdiction yields quality of life crimes, gunk in the sewers rises to street level. We clearly see this occurring in places like San Francisco and (fill in the name of other Democrat controlled jurisdictions.)

Continuing with the attorney general’s desire: If the NYPD does decide to continue conducting traffic enforcement stops, the AG said officers should not arrest motorists who have low-level warrants, such as a failure to appear on a summons or bench warrants for violations like littering, according to the Post

“The OAG believes that such a policy properly balances the risks to the community and the public interest in avoiding unnecessary arrests during car stops. In addition, the OAG encourages state lawmakers to consider whether this issue might also be more fully addressed through legislation,” the report states.

“It is highly unlikely that the incident involving Mr. Feliz – whose warrants (Sammy Feliz warrants) were for the violations/offenses of spitting, littering, and disorderly conduct – would have escalated in the manner it did in the absence of this automatic arrest policy.”

However, following a search of Feliz’s car after his death, police found over nine grams of cocaine and 1.3 grams of methamphetamines in tablet form and determined he was on parole for a previous federal offense, the report states.

“Because Mr. Feliz was under federal parole supervision at the time of the incident, possession of these controlled substances would likely have violated the conditions of his release and, if convicted for possession of one or more felonies, subjected him to a mandatory New York State prison sentence.”

James called Feliz’s death a “tragedy” and said her office is “gravely concerned” by the actions of Rivera and the other responding officers.

Law Officer calls Feliz’s death “avoidable” and said our organization is “gravely concerned” for the citizens of New York because AG James does not have your best interests at heart, but the misplaced pity on criminal behavior.