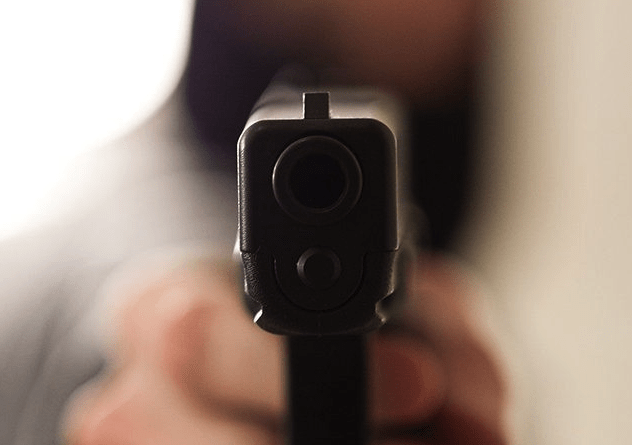 NEW YORK — New York Attorney General Letitia James announced Thursday that the state is suing the National Rifle Association (NRA) and several of its high-profile leaders, and looking to “dissolve” the organization over alleged financial irregularities.

The NY AG announced early Thursday that her office was planning a major announcement that would have a national impact. As a result, she said she was suing to “dissolve” the NRA over “fraud and abuse,” citing recent reports and an internal investigation she claims show fiscal mismanagement, Daily Wire reported.

The lawsuit, James claims, is a consumer interest move designed to protect NRA members and donors.

“We are seeking to dissolve the NRA for years of self-dealing and illegal conduct that violate New York’s charities laws and undermine its own mission. The NRA diverted millions of dollars away from its charitable mission for personal use by senior leadership,” she wrote. “Our lawsuit charges the NRA as a whole and four senior leaders, including Wayne LaPierre, with failing to manage the NRA’s funds and failing to follow numerous state and federal laws. These actions contributed to the loss of more than $64 million in just three years for the NRA.”

John Frazier, Woody Phillips, and Joshua Powell, three other NRA executives, are mentioned by name in the suit which accuses the four of using “millions upon millions from NRA reserves for personal use, including trips for them and their families to the Bahamas, private jets, expensive meals, and other private travel.”

James is taking an extreme approach to suggested remedies, demanding that the NRA, which is chartered in New York, be dissolved.

Although the lawsuit has yet to be filed, the NRA was quick to respond to the allegations.

“The NRA has full confidence in its accounting practices and commitment to good governance,” the NRA said in a statement responding to the lawsuit, Daily Wire reported. “The association’s financials are audited and its tax filings are verified by one of the most reputable firms in the world. Internally, the association has an appropriate conflict of interest policy, which provides that all potential conflicts are reviewed and scrutinized by the audit committee.”

In a separate press release, the New York Attorney General’s office accused the NRA of “illegal conduct,” including “awarding contracts to the financial gain of close associates and family, and appearing to dole out lucrative no- show contracts to former employees in order to buy their silence and continued loyalty.”

Supporters of the NRA questioned the NY AG’s timing, given that the organization typically pours millions into Republican campaigns, and President Donald Trump’s 2020 re-election campaign would likely see large donations from the gun rights organization.

The lawsuit is expected to be filed Thursday.

“You could have set your watch by it:  the investigation was going to reach its crescendo as we move into the 2020 election cycle,” Meadows said in a statement. “It’s a transparent attempt to score political points and attack the leading voice in opposition to the leftist agenda. This has been a power grab by a political opportunist – a desperate move that is part of a rank political vendetta. Our members won’t be intimidated or bullied in their defense of political and constitutional freedom.”

Meadows added that the NRA “will not shrink from this fight – we will confront it and prevail.” ​

“Charitable organizations function as public trusts — and District law requires them to use their funds to benefit the public, not to support political campaigns, lobbying, or private interests,” Attorney General Karl Racine said.

The National Rifle Association is fighting back against a lawsuit filed Thursday by New York’s attorney general by submitting its own civil suit against the state official, accusing her of defamation and violating its rights to free speech, Fox News reported.

The NRA’s lawsuit was filed in the federal court of New York and alleges Attorney General Letitia James “made the political prosecution of the NRA a central campaign theme” when she was running for the AG’s office in 2018, and has not treated the association fairly since.

“Despite hopes that playing by the rules would procure a just outcome, the NRA has not been treated fairly by James’s office,” the 19-page suit states. “The New York Democratic Party political machine seeks to harass, defund, and dismantle the NRA because of what it believes and what it says.”

The defamation allegations stem from James’ public descriptions of the NRA as a “criminal enterprise” and “a terrorist organization.”

“James boasted that she would strike foul blows against the NRA and pound the NRA into submission. She vowed that she would use the NYAG’s investigative and enforcement powers for the precise purpose of stanching political speech (‘deadly propaganda),” the lawsuit states. “She has begun to deliver on her campaign promises to retaliate against the NRA for constitutionally protected speech on issues that James opposes. As NYAG, James has regrettably succumbed to ‘individual passions, and individual malevolence.’”