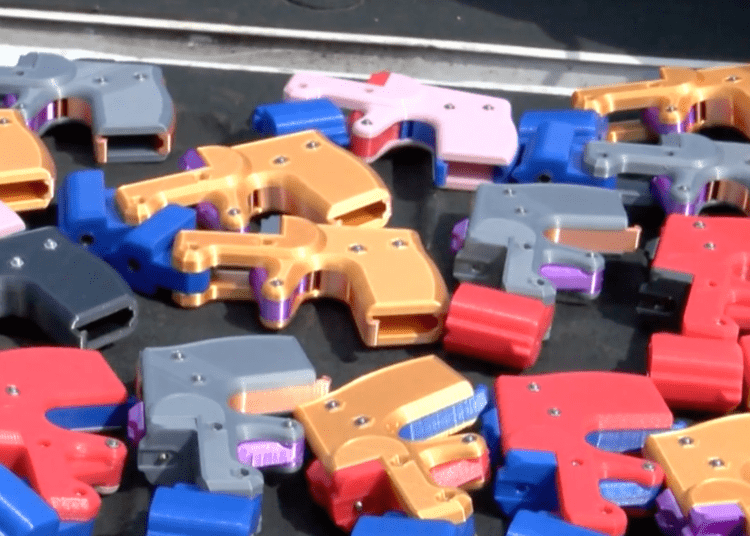 UTICA, N.Y. – New York Attorney General Letitia James has been encouraging residents of her state to participate in her office’s gun buyback program since 2019. There are “no questions asked” when the government offers people money for firearms as they proudly declare their efforts are ridding the streets of gun violence.

In the past, experienced police detectives have pointed out how the system can be manipulated to reward thieves for stealing guns, then the government agency actually becomes an unwitting fencing operation.

But in Utica, New York, an entrepreneurial man has demonstrated a creative way to game the system and walk away with $21,000, according to the Post Millennial.

During the August buyback in Utica, a man known only as “Kem” reportedly turned over more than 100 guns he made using his 3D printer. He had seen posts online about individuals successfully taking advantage of the government’s generosity, so he decided to give it a go, WKTV  reported.

Kem used his $200 3D printer to quickly birth a battery of plastic firearms. With his recently created “lethal weapons,” he drove six hours from his home to Utica, where the buyback program was taking place.

“I 3D-printed a bunch of lower receivers and frames for different kinds of firearms,” said Kem.

Upon arriving in Utica, he was asked how many weapons his wished to turn in (i.e. sell to the naïve government officials). He told authorities he’d like to surrender “110” firearms.

According to the Post Millennial, Kem spent the day negotiating with staff, but was eventually given 42 gift cards, each worth $500, making the total payout $21,000.

“I’m sure handing over $21,000 in gift cards to some punk kid after getting a bunch of plastic junk was a rousing success,” Kem told WKTV, adding that, “gun buybacks are a fantastic way of showing, number one, that your policies don’t work, and, number two, you’re creating perverse demand.”

He said they even advertised “more money” for weapons that were unserialized, like his recently produced weapons.

Kem is no dummy, he said the same thing that seasoned investigators have argued, that programs such as James’ “don’t actually reduce crime whatsoever.” If anything, they facilitate crime by providing an incentive for theft and other creative methods, like producing firearms using 3D printers.

According to James’ office, the August 27 buyback event “resulted in the collection of 296 guns, including 177 ghost guns, 42 long guns, 41 handguns, 33 non-working guns, and 3 assault rifles.”

Ghost guns are firearms that are self-built, unregistered and unregulated. Kem’s 3D-printed firearms would fit into this category.

Since 2019, James’ program has resulted in the buyback of 3,500 firearms. However, it has had no impact on violent crime as homicides continue to soar.

In a statement to KWTV, her office slammed Kem for his actions, and explained that they have “adjusted [their] policies to ensure that no one can exploit this program again for personal gain.”

However, they did not say how their policies were adjusted to prevent another “ghost gun” creator from milking taxpayer money out of them.

In August, the Toronto Police Department tweeted a photo of a rusty gun — one that clearly hasn’t been functional for many years — as a weapon that was “taken off the streets,” Law Officer reported.

Twitter users piled on the sarcasm thanking the department for keeping the mean streets of Toronto safe.

One Twitter user remarked, “The serial number on this gun is 1.”

In 2017 the San Francisco Police Department paid money for a bazooka-style rocket launcher at a gun buyback event. However, it was identified as an AT-4 single-use weapon, Law Officer reported at the time. 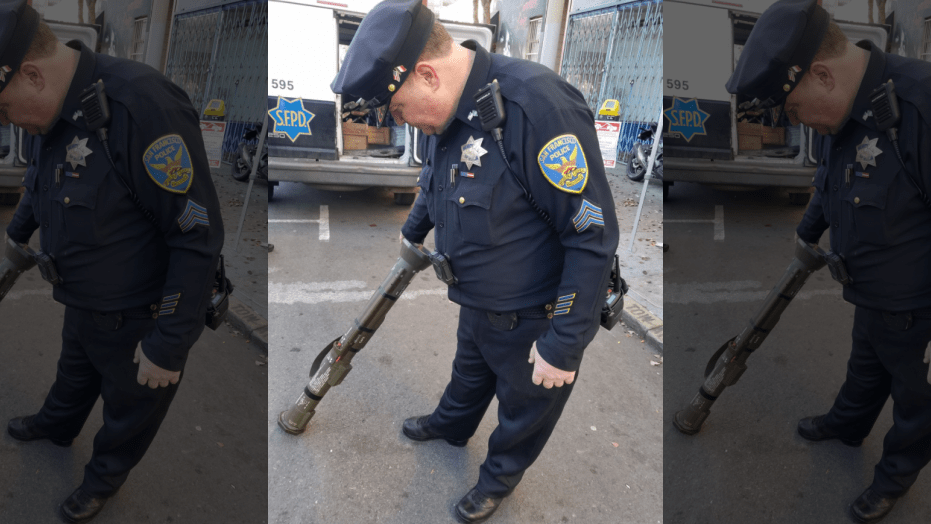 “Embarrassing tweet for trained police firearm experts. Unless your goal was to scare folks. It’s just an empty tube. Can’t be re-used,” wrote one user on Twitter.

“That’s an AT-4 Tube. It is useless after it’s fired. You didn’t achieve anything except waste taxpayer money,” another Twitter user noted.