One person claimed the serial number was 1 Toronto police have set up a Twitter page showing all the guns they have taken off the streets. But the latest firearm on the account seemed like satire and the internet reminded the agency of such.

On Monday, the Toronto Police Department tweeted a photo of a rusty gun – one that clearly hasn’t been functional for many years as reported by Fox News.

Twitter users piled on the witticisms, sarcastically thanking the department for keeping the mean streets of Toronto safe.

One Twitter user remarked, “The serial number on this gun is 1.” 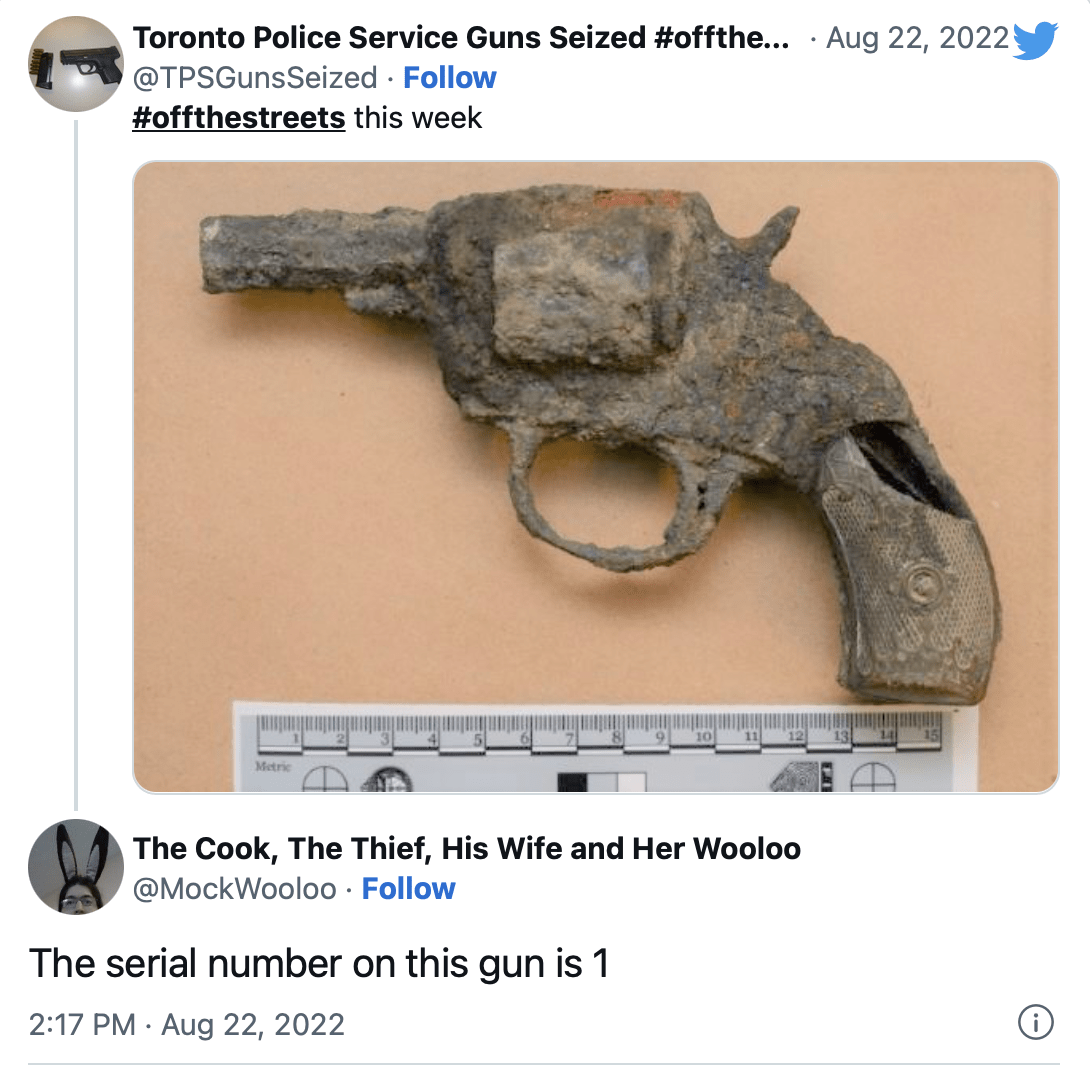 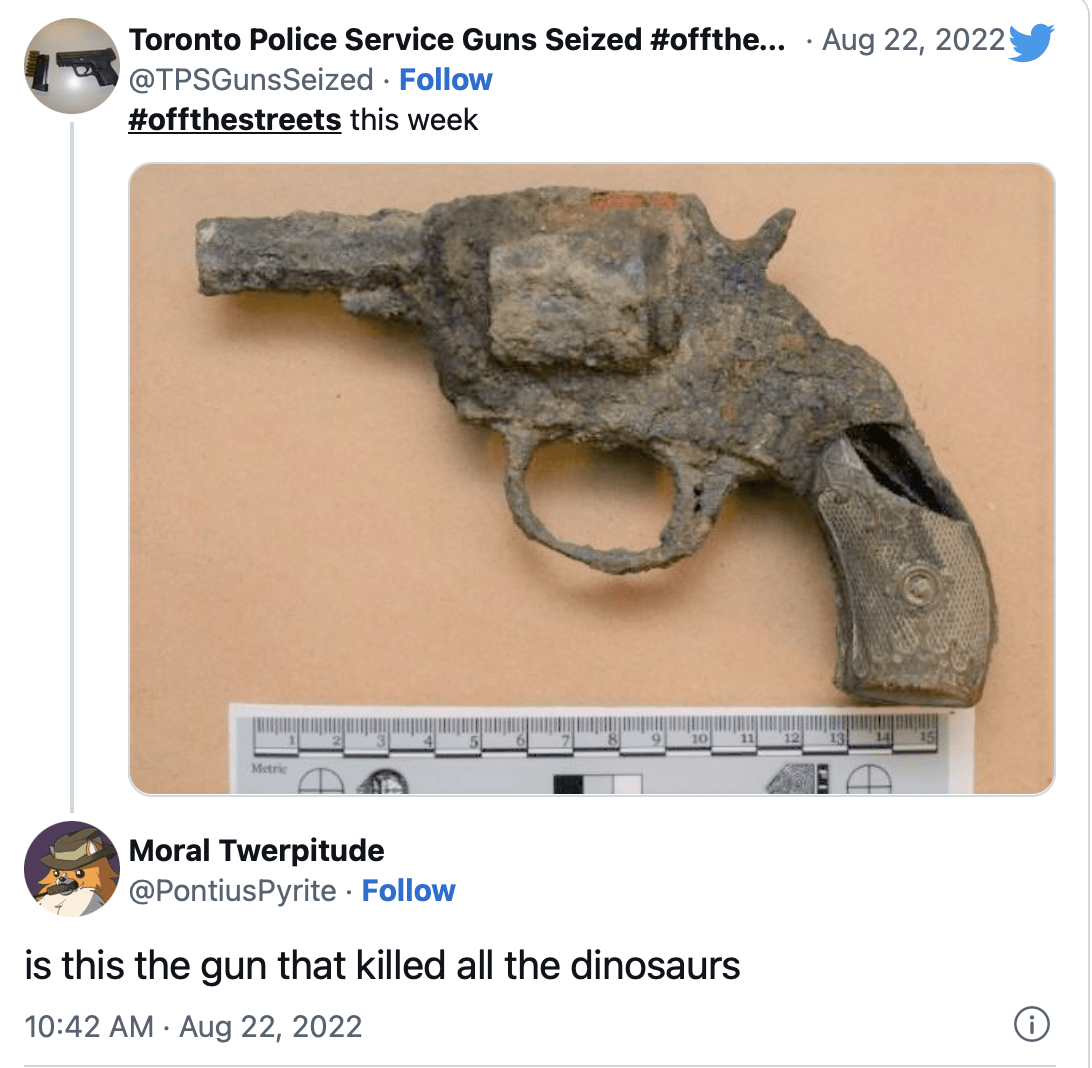 According to the account, all the guns posted were seized by Toronto police officers.

Share and speak up for justice, law & order...
Tags: canadaguntoronto