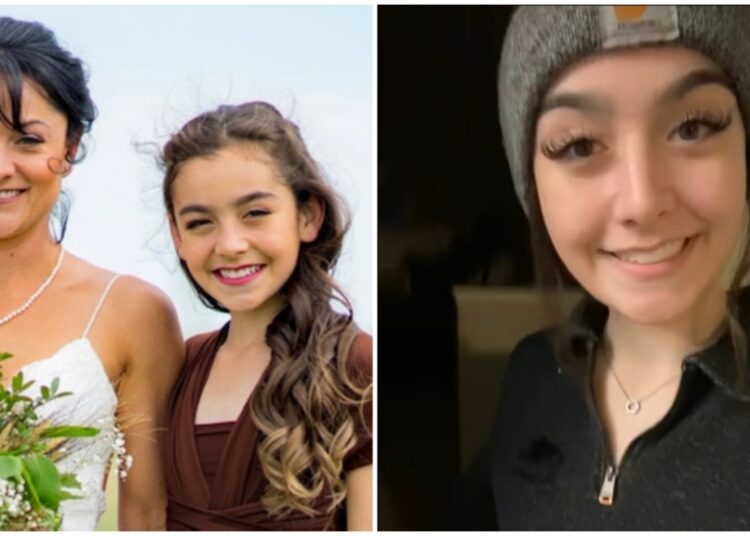 A Canadian paramedic treating a car crash victim so badly injured she was left unrecognizable later learned that her patient — who died from her injuries — was her 17-year-old daughter.

EMT Jayme Erickson, of Alberta, spent over 20 minutes treating the girl who had been trapped in a car following a wreck near Airdrie, north of Calgary, on Nov. 15.

An air ambulance eventually arrived, flying the critically wounded teen to Foothills Medical Centre in Calgary according to the New York Post.

But just minutes after Erickson arrived home from the scene of the horror crash, she opened the door to Royal Canadian Mounted Police officers — who revealed the heart-wrenching news.

The patient she was desperately trying to save was her daughter, Montana.

The devastated mom described the “indescribable” pain of her loss — and the unimaginable circumstances — in a Nov. 18 Facebook post.

“The critically injured patient I had just attended to, was my own flesh and blood. My only child. My mini-me. My daughter, Montana,” she wrote.

“Her injures were so horrific I did not even recognize her. I was taken to FMC to see my baby girl, and was informed her injuries were not compatible with life.”

The grieving parent said her family was “overwhelmed with grief and absolutely gutted.”

“The pain I am feeling is like no pain I have ever felt, it is indescribable,” Erickson wrote.

Paramedic and family spokesperson Richard Reed said during a press conference Tuesday that Montana and a friend were headed home after walking dogs at a nearby park when their car was struck by an oncoming truck.

Standing alongside Reed, Erickson told reporters her daughter’s death was especially hard hitting in the province’s first-responder community. Her husband and Montana’s adopted father is also a paramedic.

“Anybody who knew Montana, they’d call her a firecracker,” the mom said. “She would love fiercely if you were her friend. She would love you to the end of the world and back, and she would do anything for you.”

Share and speak up for justice, law & order...
Tags: canadaEMTMontana