New study shows cops are racing for the exits 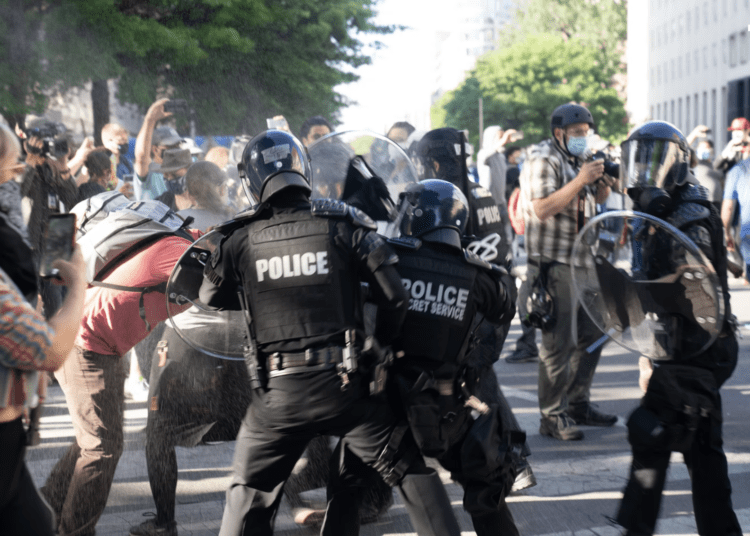 A new study confirms what police have been saying for the past 18 months, which is essentially, “We’ve had enough and we aren’t taking it anymore.”

The research conducted by the Law Enforcement Legal Defense Fund (LELDF), and obtained by Fox News, shows an alarming increase in resignations and retirements at 10 police departments in the U.S. over the past year following an overwhelming anti-police sentiment.

Research from LELDF analyzed active police memberships and activity from June 1, 2020, to April 30, 2021, and compared it to the same period a year prior. In essence, the shift in movement before and after George Floyd’s death in Minneapolis ignited a political wildfire with the institution of law enforcement being caught up in the blaze, figuratively and literally in far too many instances.

The “police reform” and “defund the police” movements in the past 18 months have at least two horrific consequences. (There are more but we’ll restrict our conversation to two.)

First, the revolving door in America’s prisons and jails have been lubricated, and they are spinning faster than ever. (Query the search tool at lawofficer.com and you can find dozens of articles on the topic.)

Second, police officers are tired of being labeled as villains by weak leaders and vocal (and occasionally violent) activists who seem to prefer career criminals and their conduct over cops and their desire to maintain law and order.

As a result, many police officers are making difficult decisions to abandon a profession they love because they do not want to be the next cop who is caught in the crosshairs of a major catastrophe that is created by a criminal who is being non-compliant.

“Resignations and retirements at the largest police agencies in the United States are skyrocketing while recruitment is tanking.”

“In the wake of the anti-police movement and Floyd protests, cops – unwanted and unappreciated by their political leaders – officers are running for the exits. Resignations and retirements at the largest police agencies in the United States are skyrocketing while recruitment is tanking,” said LELDF President Jason Johnson.

“The ability to succeed in this climate … the progressive district attorneys’ policies just aren’t going to work.”

The study cited riots and the Defund movement as prime motivators that are driving police to the exits.

“I wouldn’t take [a job as a police chief],” said Bill Bratton, a man who has uniquely held the top cop jobs in New York and Los Angeles. “The ability to succeed in this climate … the progressive district attorneys’ policies just aren’t going to work.”

It’s worth noting the study did not include Minneapolis, Seattle, and Portland, three major cities that have nearly abandoned their police departments and have seen mass exodus in each jurisdiction.

“This is something that we’ve been warning about for years,” Washington D.C., Police Chief Robert Contee told Fox News. “We don’t really have the ability to hire officers right now. We have a defined amount of resources to deal with a very large city that continues to grow.”

Cleveland saw a 130% increase in retirements, while Austin saw a 63% increase in resignations, representing the sharpest increases across departments analyzed.

“I call it a crisis because it is a crisis,” newly appointed Austin Police Chief Joseph Chacon noted.

Amid the defunding and staffing shortages, Austin Police Department is no longer responding to non-emergency calls, Law Officer reported. This is part of the triage process forced upon them by a City Council that reallocated (defunded) $150 million from APD’s operating budget in 2020. Hence, homicides and violent crime have spiked.

“When they get there, they then likely have to wait for back-up,” said Kevin Lawrence, who serves as executive director of the Texas Municipal Police Association. “They don’t have the resources they need to actually address whatever the situation is.”

The City of Austin offered $5,000 to former officers who have recently resigned if they would return to duty. According to Austin Police Association President Ken Casaday, about 30 officers received the offer but none have accepted it.

“I did not leave APD for money. I suspect my peers did not either. No amount of money could make me return. … What we crave is leadership. The one thing that has been consistently withheld.”

One former officer not only rejected the solicitation, but wrote a stinging rebuke, Law Officer reported.

“I am personally offended by your offer,” the former officer wrote in a lengthy letter. “I did not leave APD for money. I suspect my peers did not either. No amount of money could make me return. … What we crave is leadership. The one thing that has been consistently withheld.”

“It’s an utter failure in the judicial system,” according to Chicago Democratic Alderman Matt O’Shea, noting the issue is complex. “We see thousands of criminals released. When I talk to police officers on the street, I hear repeatedly they feel that leadership in the city, people in the city, do not support them.”

O’Shea added that the number of police officers in the city has fallen by 1,000 compared to a couple years ago, citing retirements and a diminished number of people going to the police academy.

Chicago Police Department told Fox News it did not have data on how many sworn officers there are today compared to previous years, directing the outlet to its Freedom of Information Act department for the information.

Some cities, such as New York City – which hosts the largest police department in the country – did not comply with a request for data or failed to provide complete data. The LELDF requested information from some 30 agencies across the country.

Although NYPD did not supply data, Law Officer reported last summer that 272 NYC officers filed for retirement between Floyd’s death on May, 25, 2020 and June 23, 2020. That represents a 49 percent increase over the same period in 2019. Furthermore, NYPD saw a total of 35 resignations in 2019. They eclipsed that number by the June 23rd date, with 36; and the year wasn’t half over at the time.