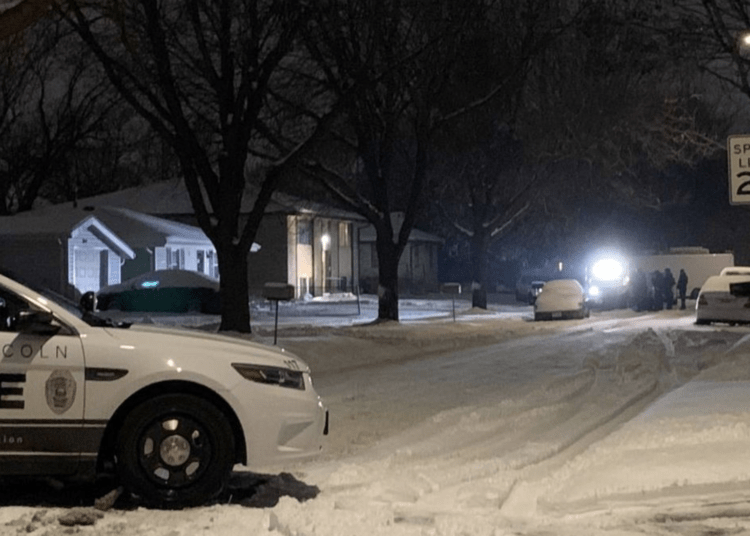 Police in Lincoln, Nebraska deployed a police K9 on a man holding a victim hostage. (Image via KOLN)

LINCOLN, Neb. – A Nebraska man was treated at an area hospital after the Lincoln Police SWAT team used a less-lethal weapon and a police service dog (PSD) to make an arrest last week.

Lincoln Police Officer Luke Bonkiewicz said police were called to an apartment around 6:30 p.m. Tuesday evening by a victim who said a 40-year-old man threatened to burn down the apartment complex and shoot his wife if he wasn’t allowed entry.

Bonkiewicz said the victim, fearing for her life, let the suspect into the apartment. The victim then escaped and called the police, though a second victim was still inside the apartment, KOLN reported.

Bonkiewicz said the LPD SWAT team came and surrounded the apartment, eventually serving a search warrant at the location.

After negotiating, officers were able to get the suspect partially out of the apartment. However, Bonkiewicz said the suspect refused to put his hands up or lift his shirt so officers could check for a weapon. Police also said the man kept screaming for the police to kill him.

Eventually, Bonkiewicz said the man turned to go back inside the apartment. That’s when officers deployed a less-lethal projectile and a police K9.

Bonkiewicz said the less-lethal munition struck the man in the left leg and the PSD apprehended him by biting his right hand, which allowed officers to move in and take him into custody. The arrest took place about 2:30 a.m.

The man was taken to the hospital where he was treated for two broken bones in his hand and a minor welt on his left leg. The victim inside the apartment was uninjured and able to escape with assistance from the police, KOLN reported.

During follow-up investigation, Bonkiewicz said officers located a loaded handgun inside the apartment.

Once the unnamed suspect was released from the hospital, he was booked for terroristic threats, use of a weapon to commit a felony, first degree false imprisonment and third-degree domestic assault.