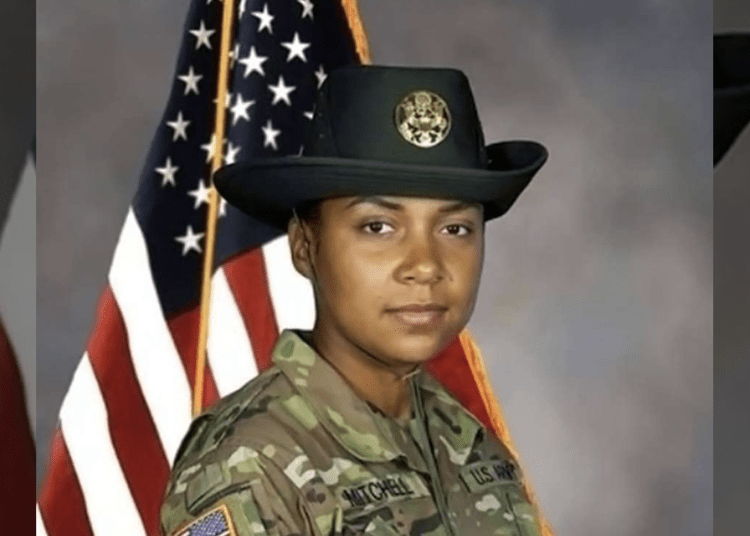 SAN ANTONIO — A U.S. Army drill sergeant in Texas who was found in her car, shot multiple times, died early New Year’s Day, according to reports.

Sgt. Jessica Mitchell, 30, was on holiday leave when she was found after 2 a.m. Friday along Interstate 10 in San Antonio, the Army said, KSAT reported.

The Dodge Challenger in which she was found showed numerous signs of gunfire in the door and window on the driver’s side, according to the San Antonio Express-News.

“I told all my children, I want you to do better than what I have done,” her father, Mayo Mitchell, told FOX 29. “She and my children have so far and she wanted to be the best that she can be in her military career. But that was cut short.”

Mitchell was assigned as a dental specialist to the U.S. Army Medical Center of Excellence on Joint Base San Antonio-Fort Sam Houston.

“We are devastated by the tragic loss of Drill Sergeant Jessica Mitchell,” Maj. Gen. Dennis LeMaster of the Center of Excellence said in a statement.

“Our sincere condolences go out to her family and friends. We are focused on supporting Drill Sergeant Mitchell’s family as well as her soldiers during this extremely difficult time.”

In the New Year’s Day death, a statement issued by the Army and Joint Base San Antonio did not say how Mitchell had been shot or give other details about the crime.

But San Antonio police said they were dispatched to the eastbound side of Interstate 10 at West Avenue after 2 a.m. Friday to investigate a stranded vehicle in the fast lane that had created a hazard, said Lt. Jesse Salame, a spokesman.

He said officers arrived and found a white Dodge Challenger with multiple gunshots to the driver’s side door and window. They then opened the vehicle door and checked for a pulse on the victim, who appeared to have been struck multiple times.

No pulse was found.

The woman was transported by EMS to University Hospital, where she was pronounced dead.

The highway was shut down so the scene could be processed by crime scene investigators and investigated by homicide detectives, but Salame said it was too early to know a motive.

Mitchell’s death followed a previous family tragedy: In 2017, her brother, Justice Mitchell, was shot and killed at age 18, WOAI-TV reported.

On New Year's Day around 2:30 a.m., first responders went to what they thought was a car crash on the North Side. Instead, a team of firefighters discovered a shooting victim. The family of U.S. Army Drill Sgt. Jessica Mitchell says it was their sweet young soldier shot & killed. pic.twitter.com/W8y9fpqdja

The case is being investigated by homicide detectives but authorities have yet to make any arrests or name any suspects.

The San Antonio Police Department and the Army’s Criminal Investigation Division are jointly investigating, according to KSAT.

Mitchell’s death comes days after unidentified skeletal remains were found near the base and months after the body of Army Spc. Vanessa Guillén was killed inside a Fort Hood armory. She was allegedly murdered by another soldier.