Family lawyer says one suspect reportedly killed himself, another is in custody 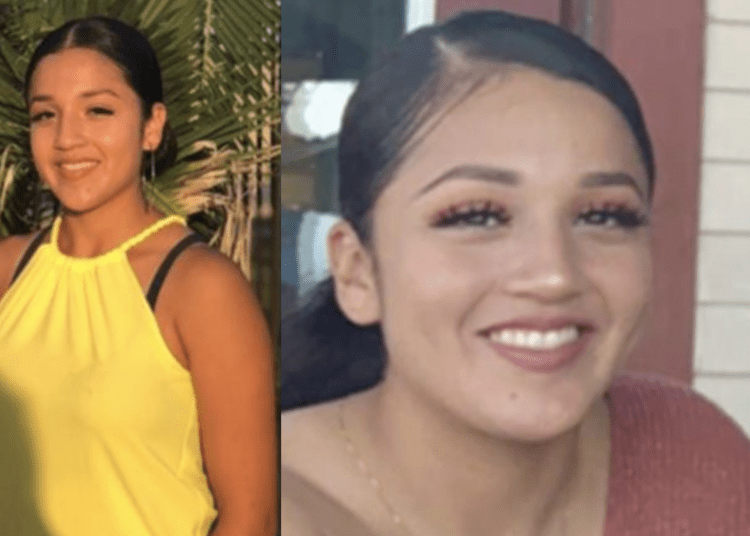 Vanessa Guillen, 20, was last seen in the parking lot of her barracks at the Fort Hood Army post, on April 22. (Fort Hood Military Police)

FORT HOOD, Texas — The body of missing Fort Hood soldier, Vanessa Guillen, 20, has reportedly been found. She has been missing since April. According to reports, one suspect involved in her disappearance died of a self-inflicted gunshot wound on Wednesday, another is in custody.

The attorney, Natalie Kahwam, referred to a suspect — identified by officials as a fellow soldier who fled Fort Hood on foot Wednesday morning and reportedly shot and killed himself as local police and federal marshals closed in on him at a home in Killeen, Texas, FOX News reported.

Another suspect — identified only as the estranged wife of a former Fort Hood soldier — was taken into custody and awaits charges in connection to Guillen’s disappearance.

“We believe that her remains were found,” Kahwam said in a press conference in Washington, D.C. “We believe that the suspect had killed himself in the morning. And that, unfortunately, does not provide us much information about how this happened, why this happened. About why a beautiful young soldier is not with us today.”

On Wednesday, July 1, 2020, the Killeen Police Department along with the assistance of the U.S. Marshals – Lone Star Fugitive Task Force assisted investigators with the Fort Hood Criminal Investigation Division in one of their criminal cases.  At approximately 1:29 a.m., officers located the suspect in the 4700 block of East Rancier Avenue.  As officers attempted to make contact with the suspect, the suspect displayed a weapon and discharged it towards himself.  The suspect succumbed from a self-inflicted gunshot wound.

“The person who took his own life earlier today in Killeen after being sought by Killeen police and federal marshals was a soldier from Fort Hood and had fled the base earlier in the day,” U.S. Army Criminal Investigation Command said in another statement Wednesday. “A civilian has been arrested in connection with Vanessa Guillen’s disappearance. The civilian suspect is the estranged wife of a former Fort Hood Soldier and is currently in custody in the Bell County Jail awaiting charges by civilian authorities.”

The suspects have not been publicly named. However, Guillen’s sister, Mayra, said Wednesday that she recognized the man who reportedly shot and killed himself Wednesday morning from a prior contact.

“I met him not knowing that he had something to do with it,” Mayra Guillen said, according to KTRK. “I felt something was telling me that he did something and I wasn’t wrong apparently. He still had the nerve that day to laugh in my face. And apparently now, he kills himself. Why? I don’t know. But whoever is responsible has to pay and we demand a Congressional investigation.”

Kahwam clarified that Guillen’s family is still waiting for official identification of the remains found Tuesday near the Leon River in Bell County, just 25 miles from Fort Hood, the U.S. Army post in Killeen, FOX reported.

U.S. Army Criminal Investigation Command (CID) spokesman Chris Grey said Tuesday that special agents from CID returned to the area near the Leon River for more investigative work in the search for Guillen, where “agents have discovered what has been described as partial human remains after analysis from a forensic anthropologist.”

“Army CID agents are currently on scene with the Texas Rangers, the FBI and Bell County Sheriff’s Department,” the statement said. “No confirmation as to the identity of the remains has been made at this point and we ask for the media and public’s understanding that the identification process can take time. Due to the ongoing criminal investigation, no further information will be released at this time.”

Texas EquuSearch, a non-profit search-and-rescue organization assisting multiple law enforcement agencies, has said that the search for Guillen has concluded.

Guillen’s unit reported her missing to the U.S. Army Criminal Investigation Division on April 23 when a check of the barracks and unit area did not locate her.

The U.S. Army previously offered a reward of up to $15,000 for information leading to the whereabouts of Pfc. Guillen. It is not known whether the incentive led to useful details during the course of the investigation.

The missing soldier was originally from Houston. She graduated from Chavez High School two years ago and enlisted in the Army, Law Officer reported.

“She loved going to the gym, playing soccer, (and) running,” her sister Mayra said in a telephone interview with NBCDFW shortly after she went missing.

Khawam has said the soldier told relatives, friends and colleagues before her disappearance that she was being sexually harassed by a sergeant at the base but did not formally report the matter for fear of retaliation.