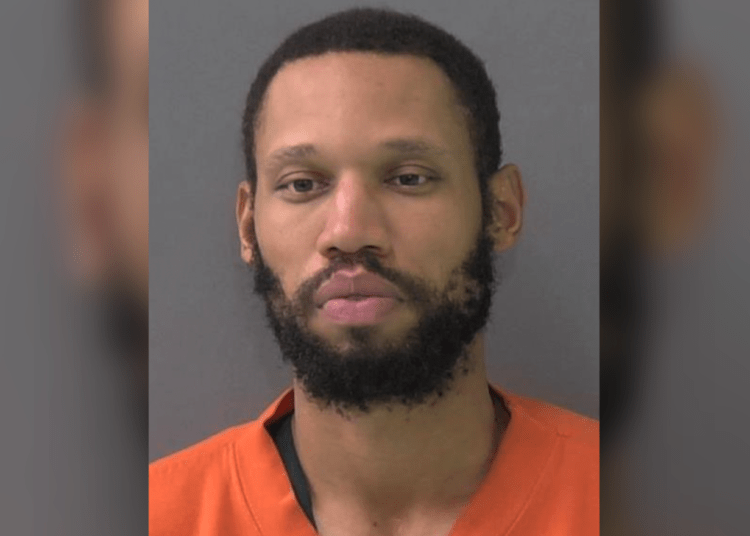 Michael Leonard Moore is charged with murder in the shooting death of his girlfriend. (Killeen Police Department)

KILLEEN, Texas – A U.S. Army soldier stationed at Fort Hood is charged with murder after fatally shooting a woman during a “domestic dispute” in Texas, police said.

Michael Leonard Moore, 35, was formally charged Wednesday for the Monday morning shooting death of a 34-year-old woman at a residence off base, according to the Killeen Police Department.

Killeen police officers responded Monday at about 7:56 a.m. to the 1100 block of Wales Drive regarding a gunshot victim. Upon arrival, they located the woman who was deceased.

Justice of the Peace Gregory Johnson ordered an autopsy to be performed at the Southwestern Institute of Forensic Sciences in Dallas. The name of the victim has been withheld pending notification of relatives.

Investigators said a preliminary investigation revealed that Moore and the female victim were involved in a domestic dispute when he pulled out a handgun and shot the woman.

Moore left the residence after reportedly committing the murder and returned Fort Hood where he was later detained by military police. Officers with the Killeen Police Department were notified, and they arrested the suspect and transported him to the Killeen City Jail.

Court documents showed Moore waived his right to remain silent and and spoke to detectives, according to the Killeen Daily Herald.

Moore, an Army plumber, acknowledged the woman was his girlfriend. They became involved in an argument about their relationship and she allegedly threatened him with a knife so he “packed some things” to leave.

When he went back into the bedroom, he instead retrieved a gun hidden under a comforter and sat on the bed and waited with the weapon in his lap.

As his girlfriend entered the room he was in and passed a TV hanging on the wall, Moore said he shot at her multiple times, the police affidavit said.

According to Moore’s account, the man walked up to his girlfriend while she was on the floor; she allegedly told him “you shot me,” before he ‘“shot her again.”’

“I shouldn’t have done it,” Moore told officers, according to court documents, per the Daily Herald.

However, according to investigators there are discrepancies between Moore’s story to police and evidence found at the scene, court records revealed.

Moore allegedly said he shot at the woman “multiple times” when she entered the room he was in, but police said evidence showed the woman was much closer in range than Moore described, Fox News reported.

“The information on the victim, 34-year-old female, will be released once next of kin notifications have been made,” according to Killeen Police. “The case is still an active investigation.”

Moore was booked for murder at Bell County Jail. He is being held on $1 million bond.