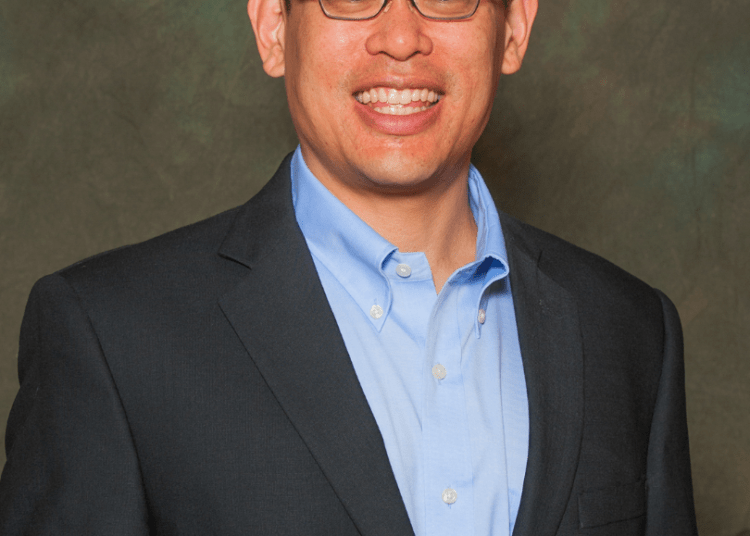 What has become the newest craze in “cancel culture,” Michigan State Vice President of Research and Innovation Stephen Hsu has been forced to resign because he had the audacity to cite research that showed that the police are not more likely to shoot African-Americans.

And the research came from Michigan State University!

She was fired from her job at “The Daily Orange.”

Two weeks ago, Tulsa Police Major Travis Yates cited three different research projects that refuted systemic racism on a radio show and the mainstream media blasted him, which created a storm in Tulsa with hundreds calling for his resignation.

This latest drama comes after the union, which represents teaching and research assistants sifted through years of blog posts and interviews from Hsu and found that he had cited a 2019 study that concluded, “there is no widespread racial bias in police shootings.”

That study, conducted by Joseph Cesario, is still a professor of psychology at Michigan State University.

The study, published in the National Academy of Sciences, was one of the studies that Yates referenced. It remains published on a Michigan State University Website.

“The victory of the Twitter mob will likely have a chilling effect on academic freedom on campus,” Hsu told The College Fix. 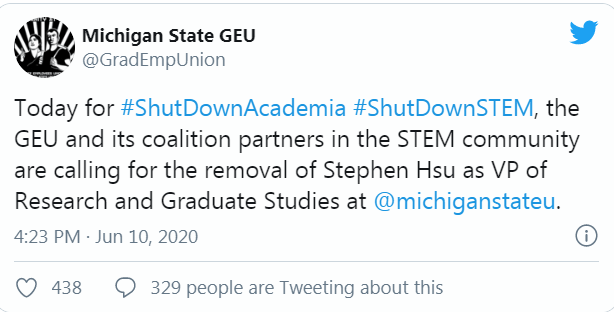 Accusing Hsu of “scientific racism,” the union also circulated a petition against Hsu that garnered over 800 signers.

Hsu said that the attacks against him are baseless.

“The GEU alleged that I am a racist because I interviewed MSU Psychology professor Joe Cesario, who studies police shootings,” he wrote in an email to The College Fix. “But Cesario’s work (along with similar work by others, such as Roland Fryer at Harvard) is essential to understanding deadly force and how to improve policing.”

Cesario’s research had been cited in a widely shared Wall Street Journal op-ed headlined “The Myth of Systemic Police Racism” that was published June 3 amid racially charged protests against the death of George Floyd in police custody.

President Stanley released a statement on June 19 where he defended his decision to pressure Hsu to resign.

“I believe this is what is best for our university to continue our progress forward. The exchange of ideas is essential to higher education, and I fully support our faculty and their academic freedom to address the most difficult and controversial issues.”

“But when senior administrators at MSU choose to speak out on any issue, they are viewed as speaking for the university as a whole. Their statements should not leave any room for doubt about their, or our, commitment to the success of faculty, staff and students,” he added.

It is certainly odd that an issue as important as racism in law enforcement is couched as an absolute fact while peer researched studies refuting that are not only ignored but anyone that mentions them are attacked.

And in the case of Hsu, San Marco and Yates, there has been an attempt to absolutely destroy them.

It makes anyone with common sense wonder why?