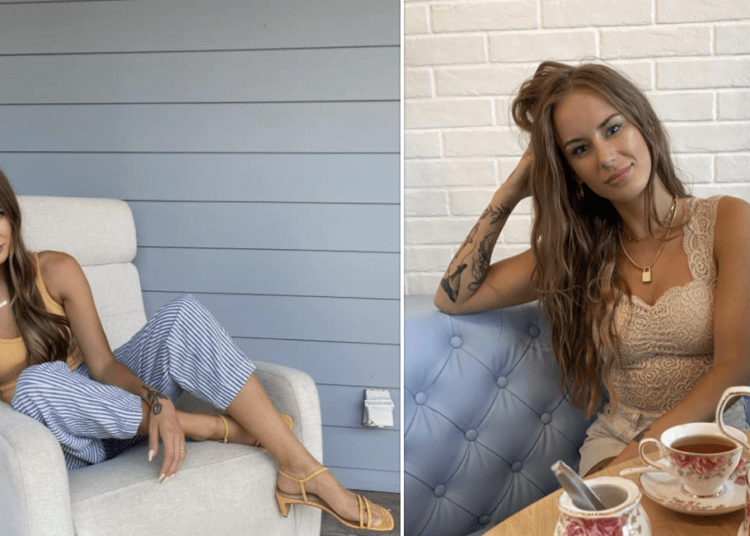 On Tuesday – more than seven weeks since the gruesome discovery – a spokesperson for the Harris County Institute of Forensic Sciences told Fox News the death of Alexis Sharkey has been deemed a homicide.

However, no further details were provided.

Alexis’ husband, Tom Sharkey, told local news station ABC13 shortly after her death that his wife was unhappy and “stressed” before she left their house on the Friday after Thanksgiving. Her body was found the next day.

He denied that he and his wife were in the process of filing for a divorce and told the news station he and Alexis “didn’t fight when she left.”

Police have not identified any suspects and have not announced any update in the case since December.

The Daily Beast, citing Alexis Sharkey’s friends, reported the young woman wanted to file for divorce or was already in the process of getting one. She spent a recent trip arguing with her husband and said he “had been putting hands on her,” one friend said.

“Throughout the trip, he was sending really awful, nasty messages to her,” said the friend, who asked to remain anonymous. “But one night when she and I were talking alone she said, ‘He strangles me and chokes me out and I black out and wake up on the bathroom floor every single time.'”

HOUSTON — A young woman who had a large following as an Instagram influencer has been found dead on the side of a west Houston road — a day after she was last seen leaving her home, according to reports.

Houston police had been looking for Alexis Leigh Sharkey, 26, when they found a woman’s body Saturday on Red Haw Lane. Police said a medical examiner on Monday confirmed the body was Sharkey’s.

Casting further mystery as to what happened was the revelation from police that the body had no visible wounds.

“She was a smart, beautiful, loving woman who has left us too soon,” her grief-stricken mother told Fox News.

An autopsy needs to be performed to determine a cause of death. However, Stacey Robinault says she believes her daughter was murdered.

“She didn’t wind up where she was found on her own,” Robinault said. “It was no accident.”

She said she doesn’t know who would have killed her daughter but wanted to share her daughter’s story because she wanted to see justice served, according to Fox.

“I’m sure you can imagine the utter devastation,” Robinault said, describing her reaction when a homicide detective informed her about her daughter Sunday night. “It is every parent’s worst nightmare.”

Sharkey lived in northwest Houston with her husband Tom Sharkey. The two moved there in January shortly after their wedding.

Robinault, 52, who lives in Pennsylvania, said he was the one who told her that Alexis was missing on Saturday.

“He said she took off,” Robinault said.

She said she immediately began to panic. “Everyone was in a panic. Her friends. It made our panic worse,” she said.

It’s with deeply broken hearts that Mike and I want to let you all know that Lexi’s body has been found. We cannot…

Robinault broke the tragic news of her daughter’s death late Sunday night to those still looking for her daughter.

“It’s with deeply broken hearts that Mike and I want to let you all know that Lexi’s body has been found,” Stacey Robinault wrote. “We cannot begin to thank you all for your love and the kind words you’ve extended to our family! Please give us this time to grieve this incredible loss to our family and this world!!! We will miss you, Love!!!!”

Following an interview earlier on Sunday by KTRK-TV, they quoted her as saying that she and her daughter talked about Christmas plans the day before Thanksgiving. It was the last time they spoke.

“[Thanksgiving] was a busy day on her end and our end and so it was just one of those passing, type of ‘Love you’ things,” the mother told the station. “Then Friday … honestly, Friday got away. [It was a] busy day. We never talked, and then she went missing Friday night and I have not seen her or heard from her since.”

Please share this post!!! My daughter, Alexis Sharkey, is missing!! No one has heard from her for over 24 hours and…

“I just want to say this! While some of you were posting on social media helping us locate my world! And we appreciate all your help, Love and support!” he said. “Others were waisting (sic) time talking about other things. Basically crap talk!”

He said he had been assisting law enforcement and making phone calls to find out what happened.

“Next time…. stop and think! And realize! You don’t know it all!” he said, according to Fox.