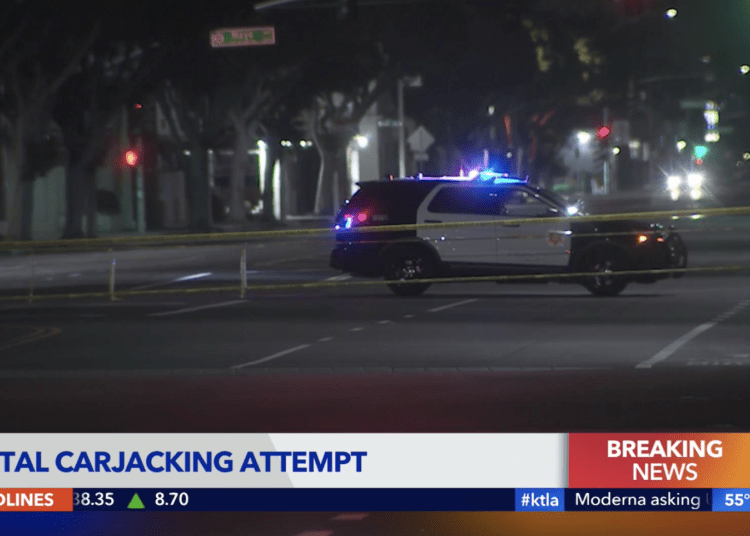 COMPTON, Calif. — A man suspected in a carjacking attempt in Compton died after being shot by the intended victim and then run over by at least one vehicle Sunday night, authorities said.

Deputies of the Los Angeles County Sheriff’s Department responded to the intersection of Compton Boulevard and Santa Fe Avenue shortly after 8:30 p.m. when someone reported hearing gunshots nearby.

A man was found lying in the intersection and pronounced dead at the scene, LASD stated in a news release.

The unidentified man had at least one gunshot wound and had apparently been struck by at least one vehicle, according to the release.

Detectives believe the man, who was armed with a handgun, had tried to carjack a vehicle that was stopped for a red light when he was shot by the motorist, KTLA reported.

The intended carjacking victim who fired a round at the attacker remained at the scene and was talking to investigators, Sheriff’s Department Lt. Alfred said.

It was unclear whether the suspect was hit by one or more vehicles. The driver or drivers did not remain at the scene, according to the lieutenant.

Officials have not determined whether the man’s death was the result of gunfire or being struck by a vehicle. That will be determined by the autopsy.

Share and speak up for justice, law & order...
Tags: carjackingComptonLASD