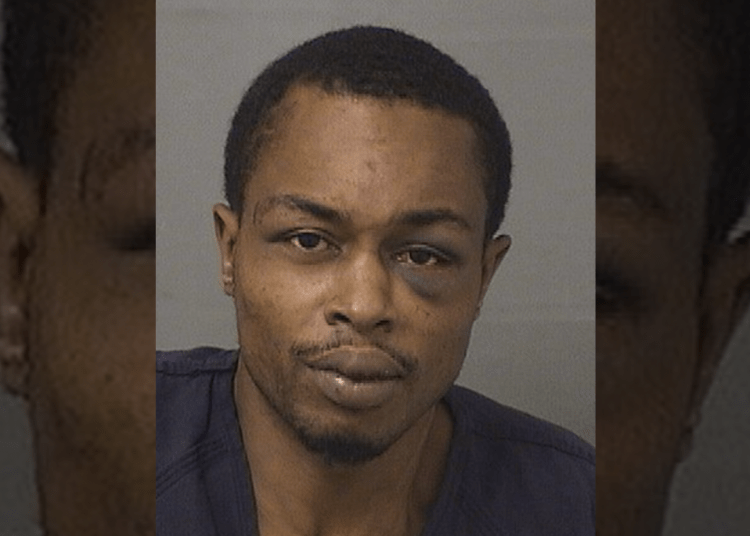 WEST PALM BEACH, Fla. — A 33-year-old man is behind bars after police say he pulled the trigger of a gun while it was in the holster.

Eugene Upperman is facing charges of attempted first-degree murder, resisting arrest with violence, possession of a firearm by a convicted felon and discharging a firearm in public, CBS12 reported.

During the encounter, Upperman was behaving erratically and non-compliant, according to police. Due to his lack of cooperation and the fact that they didn’t know if he was armed, officers took him to the ground.

Upperman then said he was “going to pull the trigger,” at which point the officers believed their lives were in danger. The fighting suspect was able to get his finger inside the trigger guard while the gun was still holstered, and pulled the trigger. Consequently, the weapon discharged.

After the gun went off, officers continued to punch Upperman to get him to release the firearm. Other officers arrived on scene and they were able to help take the combative suspect into custody.

When Upperman was finally subdued and arrested, police say they found an Advil bottle in his right front pocket that contained 1.3 grams of crack cocaine. The officers involved in the fight with Upperman has scrapes on their elbows, knees, arms and legs, CBS12 reported.

Upperman is a six-time convicted felon, according to police. His last conviction was June 19, 2015 for possession of methaqualone, possession of cocaine, and resisting arrest with violence.