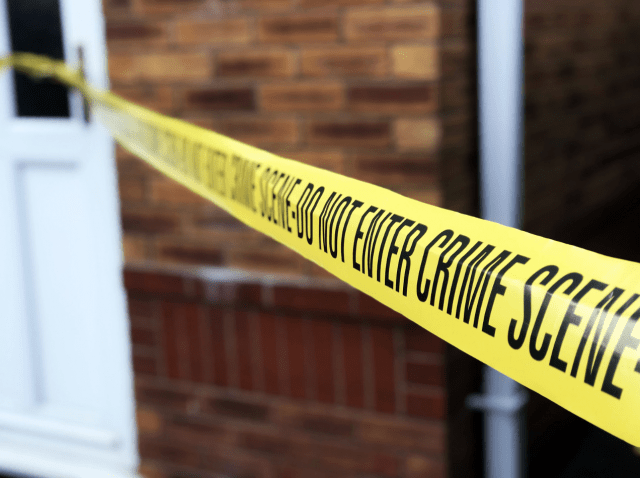 SOUTH PASADENA, Calif. — A domestic violence incident in which a man broke into a South Pasadena home and started attacking his ex-girlfriend turned deadly when the victim’s mother and sister stabbed and beat him with a golf club, officials said Saturday.

South Pasadena police responded to a report of domestic violence in progress in the 500 block of Five Oaks Drive around 10 a.m., according to the Los Angeles County Sheriff’s Department.

When officers arrived they found a front window at the home shattered, with the sound of women screaming coming from inside. Police entered through the window and discovered a man in his 40s stabbed and beaten, the Sheriff’s Department said.

Officials administered aid before the South Pasadena Fire Department responded to the scene and pronounced the man dead, authorities said.

Investigators later learned that the man forced his way into the home by using a brick to break the window, according to LASD. Once inside he then began beating and choking his former girlfriend, officials said.

That’s when the woman’s mother and adult sister came to her aid, stabbing the man and beating him with a golf club, according to the Sheriff’s Department.

“They were well within their rights to defend her by using deadly force against him,” according to LASD Lt. Barry Hall.

The victim was taken to a hospital for facial injuries, officials said. She has since been discharged, KTLA reported.

On Sunday, the L.A. County coroner identified the man as Justin Goss, 40, of Glendale.

LASD is assisting South Pasadena police in the investigation.