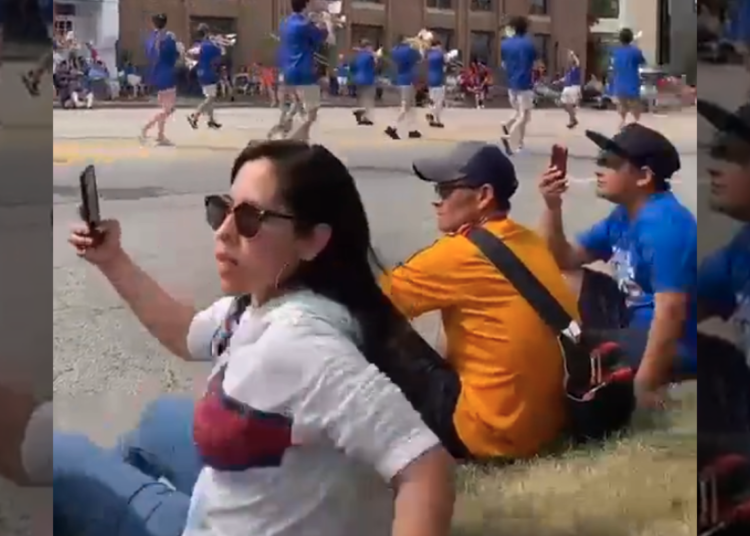 Gunfire erupted at a 4th of July parade in Highland Park, Illinois. (Twitter)

HIGHLAND PARK, Ill. – Multiple people are feared dead after gunfire erupted at a 4th of July parade in Illinois on Monday morning. Social media video shows the crowd running for cover at the sound of gunfire, according to reports.

The shooting began about 10 minutes after the parade started. The Chicago Sun-Times said a reporter saw blankets covering three bloodied bodies and five other people wounded and bloodied near the parade’s reviewing stand.

The mass shooting occurred near Central Avenue and Second Street in the downtown area of Highland Park.

“I heard 20 to 25 shots, which were in rapid succession,” Miles Zaremski, a Highland Park resident, told the Sun-Times. “So it couldn’t have been just a handgun or a shotgun.”

Zaremski said he saw “people in that area that got shot,” including “a woman covered with blood . . . She did not survive.”

The Lake County Sheriff’s Office, where Highland Park is located, confirmed that a shooting took place and asked people to stay out of the area.

We are assisting Highland Park Police with a shooting in the area of the Independence Day parade route. STAY OUT OF THE AREA – allow law-enforcement and first responders to do their work. pic.twitter.com/PTut6CGZAe

According to Newsmax correspondent Alex Salvi, there are “multiple fatalities” at the Independence Day parade.

There are reportedly multiple fatalities following a shooting at an Independence Day parade in Highland Park, Illinois.

Warning: Gunshots heard in below video.pic.twitter.com/F0BrsEXIS8

Police were telling people: “Everybody disperse, please. It is not safe to be here.”

A woman attending the parade said fright has taken over the area.

“There’s panic in the whole town,” Adrienne Drell said. “Everyone is just stunned beyond belief.”

As they fled the parade route on Central Street, parade-goers abandoned, chairs, baby strollers and blankets while seeking cover. Even as people ran, a band, seemingly unaware of the gunfire, continued to play.

Law enforcement personnel responded and were scanning the area with rifles, obviously looking for the suspect, Chicago Sun-Times reported.

Drell ran to a nearby parking lot with several other people who had been attending the festivities.

“It was a quiet, peaceful, lovely morning, people were enjoying the parade,” Drell said. “Within seconds, to have that peacefulness suddenly ripped apart, it’s scary. You can’t go anywhere, you can’t find peace. I think we are falling apart.”

UPDATE: Early Monday afternoon the New York Post reported that six people are dead and dozens of others injured in the mass shooting, according to authorities.

Police said the gunman, who was still on the loose, randomly opened fire with a “high-powered rifle” from the roof of a building overlooking the parade route shortly after 10 a.m.

The suspect is described as a white male with long dark hair and is aged 18 to 20 years. He was wearing a blue or white t-shirt, police said.

UPDATE: Police announced Monday evening that Robert “Bobby” Crimo III, 22 — who was named as the prime person of interest in the shooting that killed six and wounded dozens more — was taken into custody in Lake Forest, Ill. following a short police pursuit, the New York Post reported. 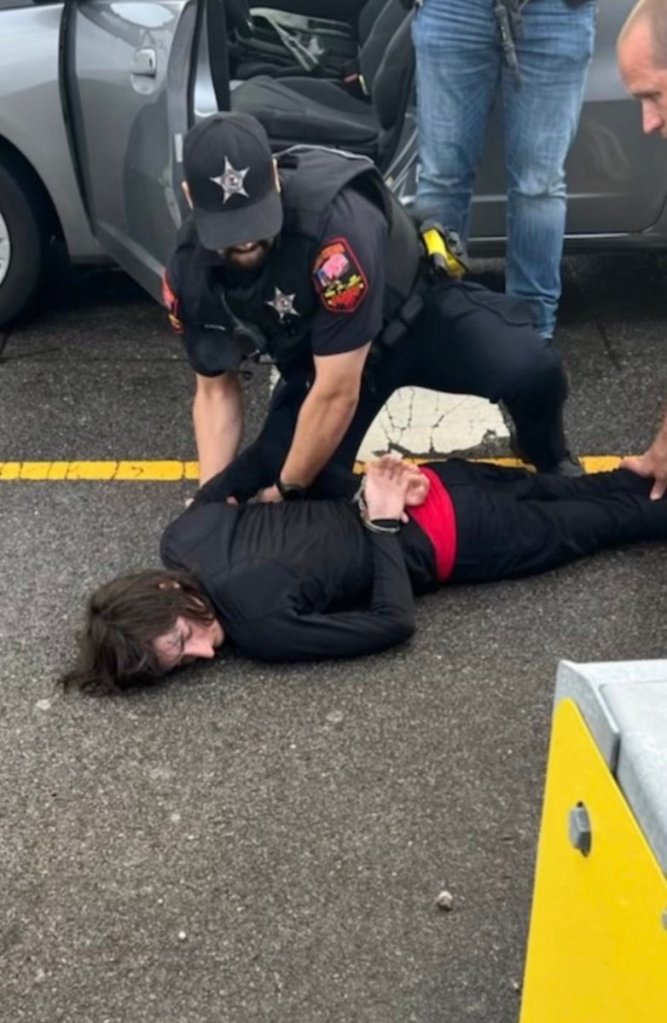 A police officer in North Chicago spotted a vehicle on US 41 matching the description of the one Crimo was believed to be driving and tried to make a detention. 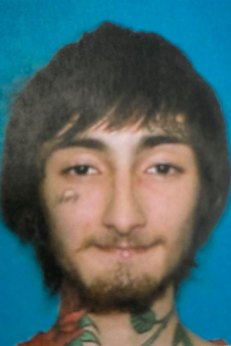 Aspiring rapper Robert Crimo was taken into custody after the parade shooting.

Crimo instead fled in a 2010 silver Honda Fit. A brief chase ensured followed before Crimo came to a stop and surrendered without incident, Highland Police Chief Lou Jogmen said at a press briefing.

Footage of the arrest shows Crimo’s car stopped at an intersection with dozens of police vehicles behind. He exits the vehicle with his hands up and lays face-down on the roadway at the instruction of police. Officers then swarmed the suspect and cuffed him.