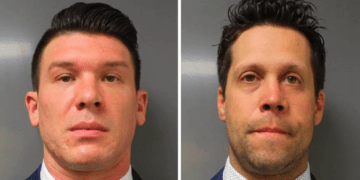 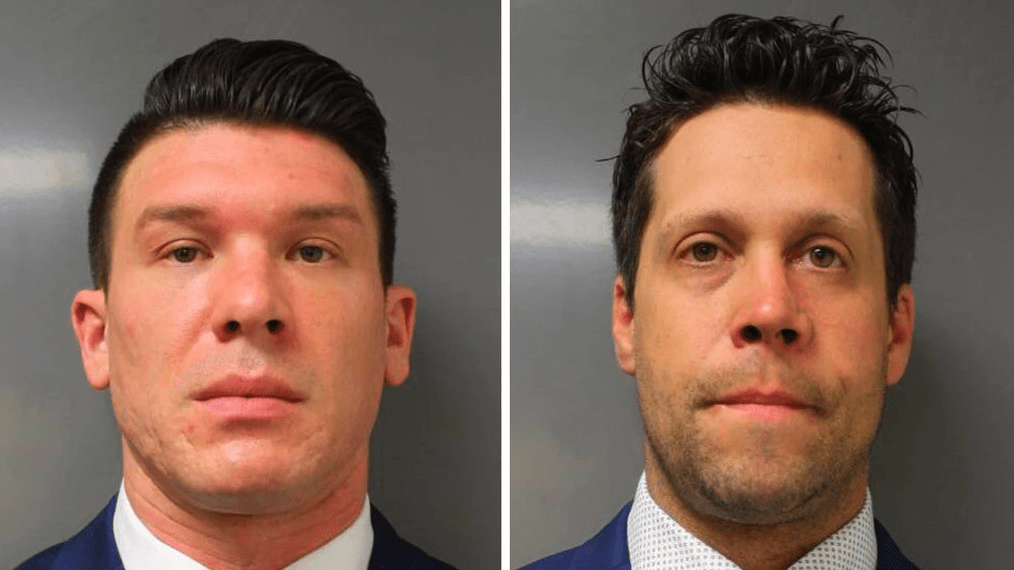 BUFFALO, N.Y. — Two Buffalo police officers were charged on Saturday with felony assault after a video showed them shoving a 75-year-old man who was protesting outside City Hall on Thursday night, officials said.

“We had two of our police officers who crossed the line,” the Erie County district attorney, John J. Flynn, told reporters after the arraignment. “My job is to prosecute those who have violated the law, plain and simple. And I believe, and I’m alleging, that these two officers violated the law.”

Prosecutors identified the officers as Aaron Torgalski, 39, and Robert McCabe, 32. They pleaded not guilty and were released on personal recognizance.

Martin Gugino was the man pushed to the ground.

In the context of violence, vandalism, looting, and arson, Mayor Bryron Brown described Gugino as “a key and major instigator of people engaging in those activities” in remarks he made Friday, Law Officer reported.

Explaining why he had yet to fire the officers seen pushing Gugino to the ground, where he hit his head and bled onto the pavement, Mayor Brown said, “I don’t want to jump ahead of the investigation. It is very important for officers to know they are getting due process.”

The charges were filed after a video showed two police officers appearing to shove Gugino. He has been identified as an activist and a member of the Western New York Peace Center who was attending the protest.

More than 100 police officers, firefighters and other supporters crowded outside the courthouse in Buffalo to protest the assault charges filed against the officers, the New York Times reported.

The two officers were suspended without pay, a move that incited outrage from the rank and file. The president of the officers’ union, the Buffalo Police Benevolent Association, told The Buffalo News that the city’s actions led all 57 officers on the Emergency Response Team to quit the unit.

Officers Torgalski and McCabe were assigned to the team, a special squad formed to respond to riots.

John Evans, president of the union, told WIVB-TV that the charges were “totally unwarranted” and thanked the police, firefighters and others who showed up to the courthouse to support the two men.

“It was tremendous, tremendous to see,” Evans said. “I just think it’s a strong indication of the outrage basically over this travesty.”

During the arraignment, supporters gathered outside the courthouse, some of them holding the American flag. Others wore T-shirts that said “BPD Strong.”

A handful of counterprotesters showed up with megaphones, chanting, “Support good cops, not bad cops.” One counterprotester chanted, “Don’t push old men.” The crowd of police supporters stared back at them but remained peaceful.

When Officers Torgalski and McCabe left the courthouse, the crowd erupted in applause and cheers. Some appeared to hold up a sheet to shield the men from news cameras.

When Mayor Brown was asked about the 57 members who resigned from the team, he said the city had “contingency plans” and assured residents that “Buffalo will be safe this weekend,” Fox News reported.