They claim they were following orders 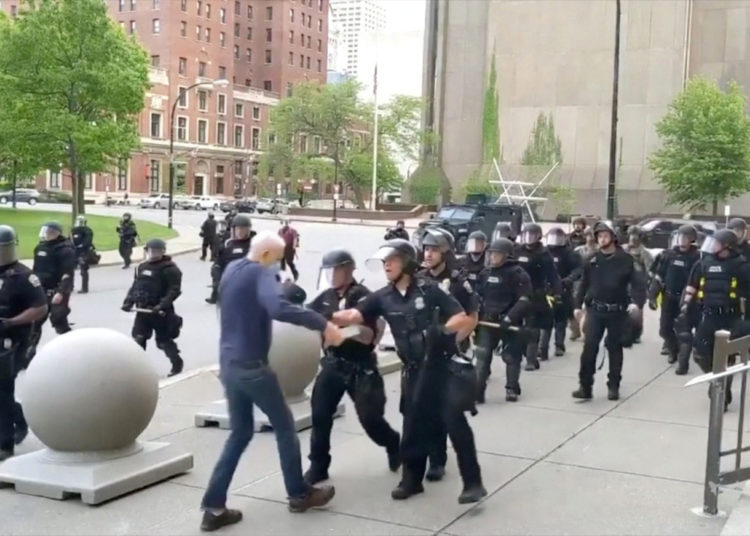 Less than 24 hours after a 75-year-old man was pushed to the ground outside City Hall by members of the Buffalo Police Department’s Emergency Response Team all 57 members of the team resigned from the unit.

The Buffalo News reports that the resignations came after members of the team that responds to riots and other crowd control situations, were suspended without pay.

OFFICER REFUSES TO KNEEL FOR PROTESTERS

The unit was clearing the area in Niagara Square at the emergency curfew when the event occurred, which was captured on video and spread fast on social media.

The incident that precipitated the resignations drew attention around the world on social media and from traditional media outlets and renewed calls for reform in the Buffalo Police Department. The Erie County District Attorney’s Office is investigating the incident and Gov. Andrew M. Cuomo condemned it.

The Emergency Response Team members work in that capacity on a part time basis and have not quit the police department. 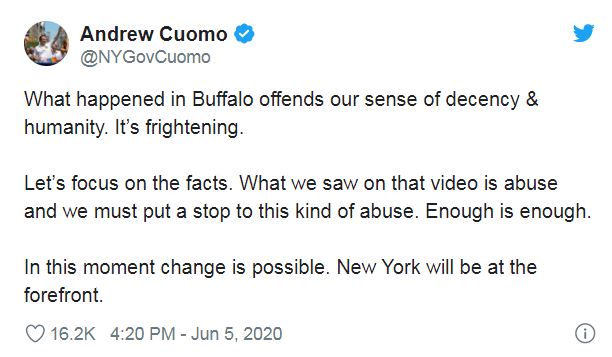 “I can say that Buffalo will be safe this weekend,” Mayor Byron Brown said at a news conference Friday evening. “We have a contingency plan.”

Brown said protesters in the streets and residents in their home would be protected.

“My goal as mayor is to bring the city together during this difficult time, to let all of our residents living in every single neighborhood know that they are cared about, that they are protected, to let our peaceful protesters know that their voices are being heard, that we are listening, that we will work with them for real change on the issues of police brutality in the city of Buffalo racial injustice,” he said.”

John Evans, the president of the Buffalo Police Benevolent Association, said about plans for the weekend’s protests: “I don’t know what the city is going to do. They have not called me.”

The union representing Buffalo police officers told its rank-and-file members Friday that the union would no longer pay for legal fees to defend police officers related to the protests.

The union is upset with the treatment of the two officers who were suspended.

“Our position is these officers were simply following orders from Deputy Police Commissioner Joseph Gramaglia to clear the square,” Evans said. “It doesn’t specify clear the square of men, 50 and under or 15 to 40. They were simply doing their job. I don’t know how much contact was made. He did slip in my estimation. He fell backwards.”

Evans said the PBA stands “behind those officers 100%” and that the union would pay for any defense costs for the two officers, Evans said.

Evans said the two officers, whose names have circulated widely on social media, have been harassed.

The scene from Thursday’s protest unfolds in video captured by reporter Mike Desmond from WBFO, which has been viewed more than 69 million times on YouTube as of Friday evening.

As police advance, Gugino approaches the officers with what appears to be a phone in his right hand and a helmet in his left. He appears to point to the baton of one of the officers as the word “Move” can be heard amid shouts in the background. The officer Gugino pointed to then pushes Gugino with his right hand and Gugino falls backward to the ground, where his head hits the sidewalk. 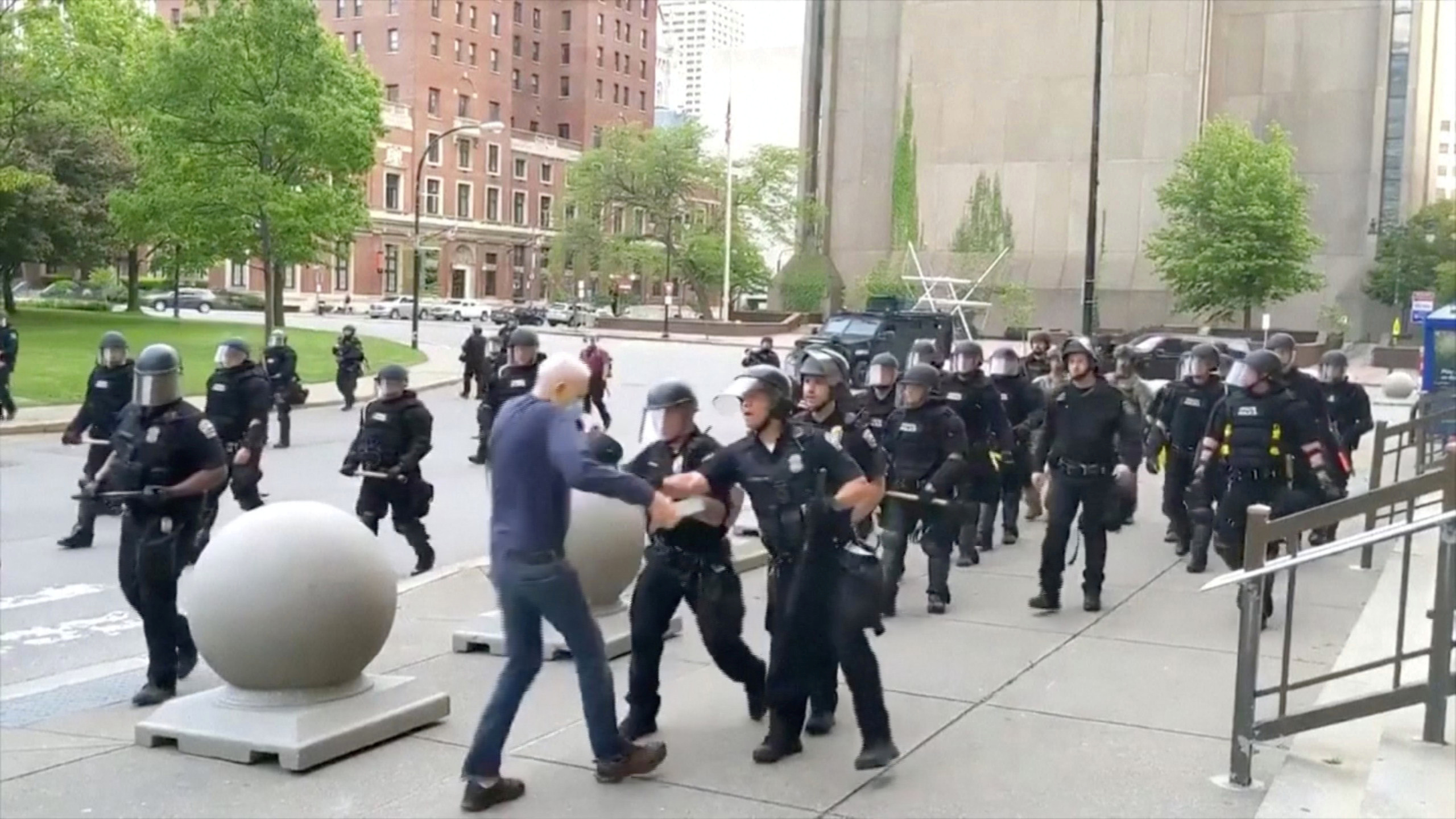 One officer appears to reach down to check on him, but another officer pulls him back and the first officer continues walking.

The continued forward movement is a general practice in crowd control with officers in the back of the formation typically assigned to help anyone that may need assistance.

“Buffalo” was trending on Twitter overnight. On Friday morning, “He’s 75” was among the top trending topics in the United States.

THE LIES OF SYSTEMATIC RACISM

Attorney General Letitia James called the video a “horrific display of abuse and lack of concern for New Yorkers by the Buffalo Police Department” and said her office supports the DA’s investigation.

The Buffalo Police Advisory Board called for policing policy reforms following the incident. The board noted that both Brown and Police Commissioner Byron Lockwood took immediate action against the officers by suspending them without pay.