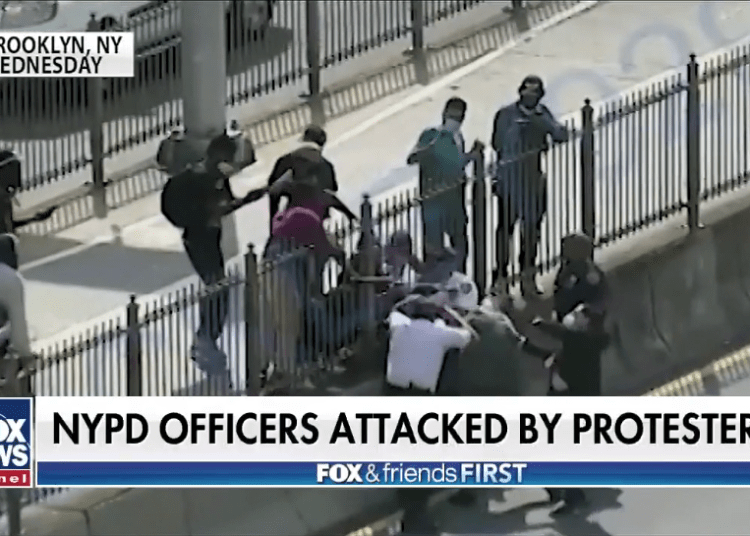 NEW YORK — NYPD released new video of the man who is accused of attacking a group of officers, which included their highest ranking uniformed member, during an outbreak of violence on the Brooklyn Bridge.

The NYPD’s Crime Stoppers unit shared the video late Wednesday in a tweet that also announced a reward of up to $2,500 for any information that leads to the person’s arrest, Fox News reported.

The footage shows the man, wearing a maroon shirt, khaki pants and a red bandana around his neck, holding the stick in his right hand as he climbs a fence on the bridge and runs from the area.

These are the injuries our officers sustained. pic.twitter.com/KI9wQKywHH

Shortly after 10 a.m. on Wednesday, the man was seen on video swinging the wooden object at a group of high-ranking NYPD members, including Chief of Department Terence Monahan, while they were making an arrest. The assault was caught on video, which was later posted to the NYPD’s Twitter account.

A different video shows an all-out brawl between officers and protesters, which police said occurred after the initial attack.

Thirty-five people from the protest were arrested or ticketed, police said, with 26 receiving summonses, several others being issued desk-appearance tickets and five who were booked for more serious offenses.