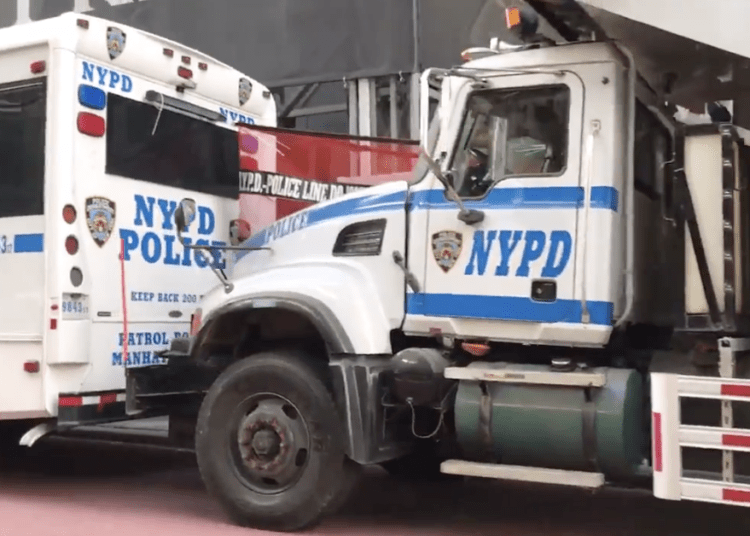 Several police dump trucks and buses were across the street from the building in Midtown Manhattan, Trump’s New York residence, according to videos online.

Nearby businesses boarded up and took security measures in anticipation of protests that could turn violent, Fox reported.

In a Tuesday news conference, NYPD Chief of Department Terence Monahan said officers will be ready to respond to any incidents, but that there were no credible threats.

“Listen, we all know there’s an election today. Who knows who’s gonna win, who’s not gonna win, what the results are,” Monahan said outside 1 Police Plaza,” according to The New York Post.

“We have no intel of any problems right now, but that’s why we’re all working.”

He added that the department planned increased law enforcement beyond Tuesday. “In the coming days, there will be additional cops that will be available to respond to any incident.”